Real estate prices climb in the first quarter, Paris against the tide 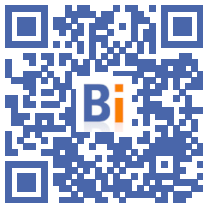 The pandemic did not divert the French from old real estate in the first quarter, according to the first data communicated by the real estate agencies, but the demand mainly concerns houses and medium-sized cities, to the detriment of Paris where signs of falling prices appear.

The province, medium-sized cities or the suburbs are pulling the market upwards in a context of successive confinements which push the French to leave the big cities by favoring a house with a garden or a more spacious apartment, say the professionals.

The price of houses has climbed over one year by 4,20% according to the Laforêt real estate agency network and by 4,6% according to the Century 21 network. Apartment prices have increased between 3,30% (Laforêt) and 3,8, 21% (Century XNUMX).

Sign of this appetite for fresh air and space, the volume of transactions for houses throughout France has increased over one year by more than 18% according to the two agencies, against around 12% for apartments.

Properties located less than an hour and a half from major cities are the most sought after, according to Laforêt. In Paris, a readjustment is taking place and prices "have finally stopped rising", notes Century 21.

For Laforêt, prices between the fourth quarter of 2020 and the first quarter of 2021 are down 0,5% in the capital where buyers are becoming more demanding and "looking for flawless housing" with a reduced vis-à-vis, quality work, brightness and well placed.

"A desire for green"

"There is a desire for green, for more rooms, to refocus on its housing, but Paris remains a decision-making center and a center of jobs", tempers Yann Jéhanno, president of the Laforêt network.

"We must qualify" the effects of this "exodus" because "we do not have enough information to know if it is a lasting phenomenon", he explains to AFP, also noting the absence of international customers for a year.

"We are witnessing a reversal of roles: more and more, hotspots like Paris are becoming + transit cities +, where people are more willing to look for a pied-à-terre than a fixed main residence", comments Christine on her side. Fumagalli, president of Orpi, noting a phenomenon "of + two-residence + increasingly visible" against the backdrop of periods of confinement that continue and the generalization of teleworking.

Driven in particular by the prospects for Greater Paris, Ile-de-France is the big winner at the start of the year, with demand in the Paris suburbs increasing by 12%, says Laforêt.

As for the profile of buyers, rental investment in Paris "beats all records", according to Century 21. Its share has increased by 14,1% in one year to now represent 35,5% of transactions. Middle managers and retirees have become more likely to buy to hire than senior managers and professionals.

"Employees and workers, on the other hand, are no more than a vague memory in the capital: they represent only 1,5% of buyers" against 12,2% in 2010, notes Century.

In terms of supply compared to the last quarter of 2020, only Paris will see its level increase (+ 9%), according to Laforêt. In the regions, it is falling.

Among the cities which have the wind in their sails, Orpi cites Lyon, Lille, Bordeaux and Strasbourg for the large metropolises and Limoges, La Rochelle, Le Havre and Cannes for the medium-sized cities.