Old real estate, "refuge" in the face of uncertainties, continues to climb 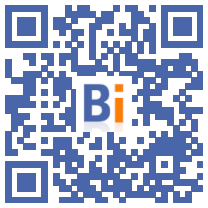 Faced with the clouds that accumulate over the economy, real estate, the price of which continued to climb in the first quarter, continues to assert itself as a "safe haven", underlined Tuesday the notaries.

Between April 2021 and March 2022, old real estate rose by 7,3% over one year, according to the Notaires-Insee index which refers. A pace comparable to previous quarters.

The clouds that are gathering over the world economy, with the war in Ukraine and the rise in interest rates, are not yet visible in the figures of the notaries, based on the final sales of the first quarter, which have been decided a few months earlier.

But they did not find any signs suggesting a fall in the coming months.

“We understand that households have considered stone more than ever as a refuge, a security, in an anxiety-provoking and difficult context,” said Marc Cagniart, president of the Chamber of Notaries of Paris.

The trends are therefore still those at work since the end of confinement in mid-2020: houses are more successful than apartments and prices increase faster the further you get from Paris.

In one year, house prices increased by 9,2% on average and apartment prices by 4,7%. And the gap is only widening.

In new buildings too, the success of houses is undeniable according to the figures already revealed by the Ministry of Ecological Transition: +7,1%, against 3,7% for apartments.

In Ile-de-France, prices in the old, houses and apartments combined, increased by 2,5%, against 9,3% in the provinces.

"It is a phenomenon of structural change in demand", comments for AFP Barbara Castillo Rico, head of economic studies at Meilleursagents. "Following the Covid, with the democratization of telework, the choice of location for households was wider," she explains.

This can also represent a gain in purchasing power, the primary concern of the French, whose housing is one of the main items of expenditure.

"When we see that in Paris you have to pay more than 10.000 euros per square meter, that when you go to the inner suburbs we will already have a choice at half price and if we go to the outer suburbs we will multiply by three the surface with the same budget... reducing expenses is the main issue", adds Barbara Castillo Rico.

In Ile-de-France, the households that take the plunge are now more families, notes Thierry Delesalle, president of the real estate statistics commission of the Notaries of Greater Paris.

“It took them two years to align the planets: telecommuting sir, telecommuting madam, and the children who go from primary to secondary …”, he explained.

The surface area of ​​houses sold in the Paris region has also increased. Not because they are larger, noted Mr. Delesalle, but because the attics are more and more often converted into living rooms, just like garages.

For the coming months, notaries expect, in Ile-de-France, a further increase in sales amounts. House prices, 358.000 euros on average, could rise in July to 372.700 euros according to their projections.

In Paris, the number of transactions is again high and the current break in prices - already stratospheric, with 10.520 euros per square meter on average - may not last.

The rapid increase in interest rates, likely to burden the purchasing power of first-time buyers, could have a counter-intuitive effect on the market, said Me Delesalle.

"Is it blocking the market? Well not at all. It even has more of an accelerator effect. Everyone who tries to move today thinks that the rates are going up and so you have to move quickly."