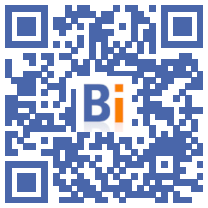 After denouncing, as early as last May, the risks inherent in the publication on July 1 of an insufficiently tested version of the new DPE, FIDI and UNIS wish to work with the public authorities to improve the system as quickly as possible.

During a meeting with the DHUP on Thursday, September 16, FIDI is pleased to have been heard on the difficulties of setting up the new DPE and remains reasonably optimistic about taking into account its proposals for improvements. within a few weeks.

The Union of Real Estate Syndicates (UNIS), and the Interprofessional Federation of Real Estate Diagnosis (FIDI), intend to combine their skills and their strengths to decipher "THE NEW DPE", made reliable, enforceable and aimed at the eradication of strainers energies and limiting Greenhouse Gas (GHG) emissions.

The version currently in force (DPE version v.3) has revealed its limitations:

Indeed, on the strength of the numerous feedbacks from their members since July 1, FIDI and UNIS have drawn up identical reports of dissatisfaction. FIDI was able to enumerate and concretely explain the elements leading to very significant differences in the results of the DPE V3 compared to the reality on the ground and to the V2 of the DPE. These elements were the subject of a recent exchange with the Department of Housing, Town Planning and Landscapes, Ministry of Ecological and Inclusive Transition (DHUP).

In addition, thermal engineers have noted concrete problems, which significantly downgrade the rating (as a reminder, from A to G, G being the most unfavorable):

Another point was raised, which does not play on the note:

If the public authorities do not wish to go back on certain choices, it is imperative that they clearly explain to real estate professionals the parameters adopted and the reasons for their choices.

Other difficulties were also raised during this exchange and continue to be discussed during the weekly working groups in which FIDI has participated for almost two years, and intensively since early May 2021.

The findings of the diagnosticians agree with those of the professionals of the University who thus underline:

For Danielle Dubrac, president of the Uni: “The Unis had advised condominiums and lessors to establish a new DPE; for everyone, the landing is therefore very hard. In this context, the question of opposability weighs too heavily. The public authorities have moved too quickly. The impact on the park is significant. How to calmly consider the calendar of the Climate Law (ban on renting DPE-G from 2023)? We hope for a quick remedy, being resolutely committed to energy renovation and to supporting our customers ”.

For Lionel Janot, president of the FIDI and Stéphane Prouzeau, vice-president, the exchanges with the DHUP were very productive and effective. To date, they have no doubt that adjustments will be taken into account quickly to improve the reliability of the DPE V3s and make them really efficient.

While waiting for the meeting with the Minister in charge of Housing, Ms. Emmanuelle WARGON, on October 4, where the various issues concerning the DPE, but also the energy audit, will certainly be discussed, in the context of the fluidity of the energy market. real estate, the diagnosticians are of course continuing to carry out the DPEs.

Stéphane Prouzeau specifies: “For the moment, we must give the DHUP officials time to take into account the realities on the ground set out by us. We remain very attentive and open, but we will not fail to come forward with more insistence, if the ECD does not evolve quickly. "

For Danielle Dubrac, President of UNIS: “UNIS has worked with FIDI diagnosticians to better master this new tool, so that professionals can fully fulfill their duty to advise their clients. Working in the industry is an asset for everyone with the goal of renovation. "

And Lionel Janot, President of FIDI, to conclude: “UNIS and FIDI are working together to support, inform and explain to all real estate players the new DPE and its impact on tomorrow's daily life. The professions of FIDI and UNIS are essential in the life cycle of a property, which is why it is essential that our professions continue these exchanges and this collaboration in order to build close relationships in order to provide a maximum service and information. "