Ravaged by the crisis, the hotel industry still attracts investors 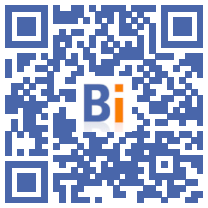 The French hotel industry has not yet extricated itself from a crisis of unprecedented magnitude and yet in the long term, investor confidence does not weaken: transactions and projects are emerging in the hope of a strong recovery. once the Covid-19 pandemic is over.

"2020 should be a very good year for us, but we had to close five and a half months", told AFP Philippe Monnin, a former wealth management advisor who founded the group with his wife, a business lawyer. hotelier Millésime, at the head of ten establishments in Bordeaux, Reims, Montignac, La Baule, Porto, Megève ... and future ones that will open in 2022 and 2023.

Since 2015, both have taken over "buildings that are more in the state of ruins, which have a soul, to restore them according to the rules of the art and to develop an activity focused on the art of living", combining hotels and restaurants. .

For the time being, Mr. Monnin's company "holds up thanks to state aid" but he expects to see the number of visitors pick up again, when leisure tourism resumes thanks to the progress of the campaigns. vaccination.

Many are counting on a vigorous recovery in leisure tourism fueled by a clientele from France and Europe, while business tourism should only pick up slowly, around 2023 or 2024, in concert with the activity of congresses and seminars, just like the Parisian palaces or the Côte d'Azur with very international attendance.

But "in France, thanks to government aid, owners have not been forced to sell," she said. "Many investors were expecting this great evening, which did not come", also thanks to "the support of the banks, which did not say 'I want my interests, otherwise it's out!'".

"There has been a real pause in investment, but there is this conviction that we will start again," continues Ms. Donet. Due to the abundance of capital available on the markets and the "few assets to sell" in France, "the price correction was limited there, from 7 to 12%".

In 2020, eleven sales were made in the French hotel market by Christie & Co, the most active real estate consultancy company in the sector in Europe in 2020, according to Real Capital Analytics (RCA).

Among them, the takeover in November of the largest Holiday Inn in France, a mid-range business hotel with 262 rooms, located at Porte de Clichy in Paris, by the companies Extendam and Catella Hospitality Europe.

The amount of this transaction, which is not known, suffered "a value adjustment linked to the impact of Covid-19", Catella said, saying she was confident in the hotel industry, which "will continue to generate yields higher than those of the traditional rental property market ".

"Like everyone else, during the first confinement we said to ourselves + The year is over + ... but we realized that, whether the hotels were closed or they had very low results, the interest for hotel real estate has not fallen. From May we started to have phone calls again, "Philippe Bijaoui, director of Christie & Co France, told AFP.

For Ms. Donet, "there is certainly a gap to be overcome, but the crisis will also have positive long-term effects: in survival mode, hoteliers have rethought their cost structure and asked themselves the right questions" .