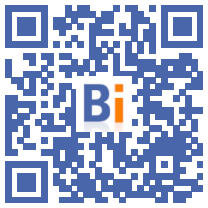 Several hundred people gathered in Paris on Saturday to oppose the creation of a Grand Paris metro station "in the middle of the fields" in the Val-d'Oise, five days after the evacuation of the "area to defend "the Triangle de Gonesse, noted an AFP journalist.

"We project into our imaginations shopping centers that we no longer need. We need fertile land in Ile-de-France, because only 2% of the products we eat come from this region," added the member for Seine-Saint-Denis.

According to Ms. Autain, it is "a political battle" which must oppose that of the president of the Ile-de-France region Valérie Pécresse (Libres!), Which is "a liberal productivist right which signs the Paris agreements and destroyed land ".

For Senator EELV Esther Benbassa, "the station lost in the middle of the fields is not useful to the inhabitants."

"The challenge is to put money into daily transport, which is the RER B and D", explained Carlos Bilongo, activist and professor in economics.

During the rally, the citizens who occupied the ZAD de Gonesse for 17 days were applauded. "It was a moment of sharing, the Triangle de Gonesse remains to be defended", testified moved, one of them.

"We fear that the government will decide for an in-between situation, which is to keep fields and a station, which is not compatible to set up the Carma project" of an agricultural cooperative, s' is worried Bernard Loup, the president of the CPTG.

"Legal proceedings are underway, the fight is not over, the Triangle de Gonesse is still there," the activist concluded.

Line 17 is to connect Saint-Denis (Seine-Saint-Denis) to Roissy-CDG airport in 2030, via the Triangle de Gonesse, where it was initially intended to serve the Europacity shopping and leisure mega-complex.

But since Emmanuel Macron announced in November 2019 the abandonment of this flagship project, the fate of these 280 hectares of agricultural land, strategically located about fifteen kilometers north of Paris, remains uncertain.