Railroads, villas, beaches... In California, the ocean swallows the coast 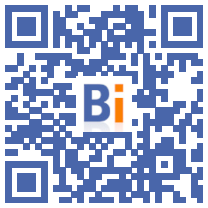 Along one of the most beautiful railway lines in the world, Steve Lang watches the waves break tirelessly on the rocks and overflow on the rails. A sad sight caused by erosion and the disappearance of the beach just below.

"Every day I come here and it makes me want to cry," the 68-year-old surfer told AFP, ringside from his luxurious ocean-view home in San Clemente.

In this Southern California city, the ocean is inexorably gaining ground. In front of the railway embankment where the "Pacific Surfliner", this train renowned for its exceptional panorama, passes, the beach which stretched over a hundred meters a few years ago has evaporated.

Without this natural buffer, waves from Tropical Storm Kay in September stirred the ground beneath the tracks. The track, which carries 8,3 million passengers annually between San Diego and San Luis Obispo, is now closed for emergency work.

Overlooking, anxiety reigns within the residence "Cyprus Shore", a secure enclave of a hundred opulent villas, where the former American president Richard Nixon has long owned a mansion. Because without the beach to support the neighborhood, the landslide it was built on is slowly pushing some homes into the sea.

The cliffside car park is collapsing and two villas with cracked walls are now officially uninhabitable.

"They were worth at least 10 million each," sighs Mr. Lang. "We've been sounding the alarm for years, to no avail."

The area is a real "microcosm" of the challenges to come along the 2.000 kilometers of Californian coast, summarizes the deputy mayor of San Clemente, Chris Duncan. "The entire coast in California is threatened by climate change and erosion."

This natural phenomenon is aggravated by the rising waters, caused by the melting of the glaciers, and the increase in the power of the waves due to the warming of the oceans.

By 2050, between $8 billion and $10 billion of infrastructure could end up underwater in California, and other construction valued between $6 and $10 billion will be in the risk zone at high tide, according to a study published at the end of 2019 by the Office of the State Assembly.

In San Clemente, local transit authorities are trying to stabilize the rails. Every day, tons of rocks are dumped to reinforce the dike under the railway line. This work should last 45 days and cost $12 million.

But "it's a losing battle," sighs Mr. Duncan. The line has already closed in September 2021 to add 18.000 tons of rocks, without solving the problem. "They help stabilize the track temporarily, but cause an exponential loss of sand," he said, when the waves hit them hard.

The elected Democrat is asking for help from the federal authorities to massively supply his city with sand.

"We need sand replenishment and sand retention techniques to make sure we rebuild our beaches," he said. "We need seawalls, living reefs, groynes where that might be appropriate."

Going back, a huge challenge

In the long term, "the best solution would be to move back (the rails) away from the coast", explains to AFP Joseph Street, geologist of the California Coastal Commission. "But this obviously represents a huge effort, very expensive", without settling the fate of the dwellings.

"A lot of our decision makers dragged their feet," laments Stefanie Sekich-Quinn of the Surfrider Foundation. The environmental defense NGO is campaigning to move the line away from the coast, an option recommended in 2009 in a federal report.

But this concept of "supervised retirement" remains very controversial. "People don't want to hear about it," admits the activist. California has only a handful of such initiatives. On the same railroad as San Clemente, the authorities of San Diego, a hundred kilometers to the south, have thus just announced in July a vast project at 300 million dollars, to relocate the portion of the rails under their control to the inland.

But in San Clemente, no question of debating it.

"It can only be an option of last resort," said Mr. Duncan, the deputy mayor. "People expect elected officials like me to work to save our homes and our railroad, not to give up."