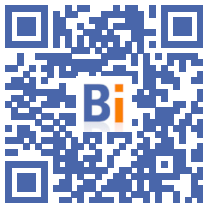 The law for the protection of purchasing power which should be passed shortly also concerns landlords and tenants. PAP lawyers have deciphered the consequences of this law for real estate.

On the program: capping the indexation of residential lease rents at 3,5% and strengthening the rent control for housing deemed to be of low quality.

Indexation of residential rents capped at 3,5%

Since a law of February 8, 2008 “for purchasing power” (already!), the rent review index (IRL) is calculated on the evolution of consumer prices. But in recent months, inflation has exploded to reach levels better known in France for a long time: between 8 and 10% are expected at the end of 2022.

Consequence for tenants: the last rent review index, released on July 13, 2022, allows a rent increase of 3,6%, and this percentage can only increase in the coming months.

To protect the purchasing power of tenants from unsustainable increases, the Government has therefore decided to provide for a cap on indexation. The indexation cap is set at:

Note: according to a study conducted from July 7 to 15, 2022 among landlords of PAPs, 66% of landlords do not apply the rent review during the lease, either because the device seems complex to them, or because 'they want to maintain good relations with their tenants.

In twenty-four cities in mainland France, a rent framework now applies, consisting of a cap on residential rents (Paris, Lille, Lyon, Villeurbanne, Bordeaux, Montpellier, Plaine Commune and Est Ensemble). This measure is justified in particular by the high level of rents.

As a result, additional rent is frequent. According to a study conducted on rental advertisements published on PAP in Paris in 2021, 42,1% of advertisements apply an additional rent. The phenomenon is even more marked on surfaces of less than 20 m², which apply a rent supplement of 73,2%... which does not prevent them from being the properties which receive the most contacts (between 60 and 80 on average).

Energy sieves in the line of sight

The ban on additional rent for housing classified F and G by the energy performance diagnosis (DPE) is a new measure that is part of the fight against what are called "energy sieves" or "thermal sieves ".

Remember that since the Climate and Resilience Law of 2021, class F or G housing:

And even since the Climate Law of 2019, housing whose consumption exceeds 450 kWh/m²/year will be prohibited for rental from January 1, 2023…

These increasingly strict measures nevertheless pose serious problems of application. After a major hiccup on the Energy Performance Diagnosis at the end of 2021, a decree is currently being prepared to postpone the implementation of the Energy Audit for sales, initially scheduled for September 1, 2022.

As for aids (in particular MaPrimeRénov), they are mainly used for “gestures”, such as changing the heating system, rather than general renovations. Not to mention the difficulties for condominiums to have building-wide insulation work voted on.

Thus, few dwellings have currently emerged from their “thermal sieve” status. It is difficult to see how these units could leave the rental stock, which would lead to a shortage of additional offers... and could pose purchasing power problems.

In recent years, several laws have come to regulate rentals more strictly and we are doing everything we can to inform owners of these new laws.

But the laws are not always simple... especially as they follow one another quickly. It is for this reason that beyond the information, PAP has centralized all the information and offered real tools that make it easy to comply with the rules. In addition, the PAP teams can be reached by phone to answer any questions.

Their objective is always the same: private rental must remain safe, simple, in accordance with the law... and always economical!