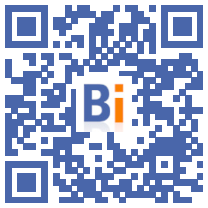 At a press conference held at the COP26 in Glasgow on November 8, Climate Chance presents the 10 Great Lessons from the Global Assessment of Climate Action by Sector 2021 from the Climate Chance Observatory.

Six years after the adoption of the Paris Agreement, this publication offers a unique summary of climate action at the global level in the major emission sectors: energy, transport, buildings, industry, waste, land use.

At a time when States must step up their commitments in Glasgow, Climate Chance is thus continuing its mission of observing the implementation of the actions announced, monitoring the evolution of emissions and analyzing the strategies of the players in relation to them. international climate goals.

"Back to the future. 2021: the great acceleration of climate action ... and emissions"

Dependence on coal draws a dividing line between regions that are turning away from it (United States, Europe) where the upturn in emissions does not erase the decline due to the pandemic, and regions where coal has retained support. government (Asia-Pacific). So much so that it is the main cause of the rebound in emissions to levels above those of 2019.

Relative transitions are taking place at the regional level with the accelerated adoption of renewable energy and electric mobility. On the other hand, there is still no observable transition on a global scale strictly speaking. Rather than a clear substitution of low-carbon production and consumption modes for carbon-based and emissive modes, the trend for the period remains with the accumulation of fossil and low-carbon energies, the fleet of thermal and electric vehicles, new constructions to standards and old buildings to renovate, etc.

The efficiency of "all electric" for the climate can only be ensured by an electricity mix dominated by low carbon energies. However, if production from renewable sources is at its highest in 2020, the mixes of the major markets such as China, India, the United States and to a lesser extent Europe, remain mainly dependent on coal and electricity. gas.

Too slow for the climate, regional transitions go too fast for global supply chains. It is therefore a pivotal moment of forced adaptation of the globalized economy to the new demands of a low-carbon world that we are witnessing, in a context of restrictions and shortages caused by the pandemic and its consequences.

Compass of commitments since the Paris Agreement, "carbon neutrality" integrates the recovery and growth strategies of large companies

Large private groups are seizing on the concept of “carbon neutrality” and formulating greenhouse gas emission reduction targets that are increasingly associated with detailed action plans. Including in highly carbon-intensive sectors such as oil and mining companies. It remains to be seen, however, that this 10-year commitment does not mask the delays in the XNUMX-year measures, while it is the speed of the decline which is the base of the climate stabilization scenarios under two degrees.

The adaptation of players to multiple shortages and the low-carbon economy can also be read through the gradual concentration of certain markets around a few dominant players, and the vertical integration of sectors between suppliers of raw materials and manufacturers of finished products. The end of public aid mechanisms for energy production and the explosion of Power Purchase Agreements are strengthening the emergence of a “wholesale market”, more favorable to large energy companies than to municipal companies and citizen cooperatives.

Disruptive technologies gain credibility for sectors that are unable to decarbonise

Thanks to the economic recovery and stimulus plans, low carbon hydrogen and carbon capture (CCUS) have benefited from massive investments in 2020 and renewed political interest. At present, however, their use for decarbonisation purposes remains marginal, and their development relies heavily on fossil fuels.

Between green and brown investments, states are guiding the recovery in an ambiguous manner

Faced with the pressures on the supply chains of goods and strategic raw materials during the transition, Western states are trying to reconstitute regional industrial ecosystems oriented towards low-carbon technologies. Alongside rescue plans, often without climate compensation for emitting industries, part of the stimulus plans carried out in the G20 are trying to steer the recovery towards transition.

Often engines of the acceleration of climate action, local governments adapt the tempo of the transition to the needs and capacities of their territories

For the supply of renewable energy, the transformation of urban mobility, the management of waste or the supervision of the construction and energy supply of buildings, local governments can accelerate the creation of an environment conducive to the transition . Conversely, the reluctance of certain American states to abandon fossil fuels in buildings or mobility shows that local governments can slow down the transition when it threatens the economic interests of their territories.

With shareholder activism, civil society expands its repertoire of action

After the marches and strikes for the climate, then the emergence of a non-violent militant culture specific to this subject, shareholder activism brings the climate fight into the heart of general meetings of large companies, to the point of integrating boards of directors. In another register, the continuous work of Indonesian NGOs is starting to bear fruit by strengthening the normative culture in the palm oil sector.