Public market and new CCAGs: Syntec-Ingénierie denounces a guide that contradicts the initial spirit of the reform 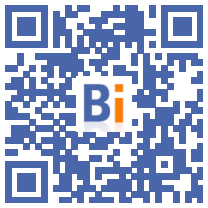 Published on April 1, 2021 after months of work, the new general administrative clauses (CCAG) and in particular the establishment of a CCAG dedicated to project management were the result of broad consultation between all Parties. Syntec-Ingénierie, which had taken an active part in the reform, had broadly welcomed the major advances made possible by the new text.

More specifically, the Legal Affairs Department had validated in its article 15.3.5 the necessary adaptation of the remuneration of the project manager, in the event of extension of the construction deadlines. The professional engineering federation, which represents 73 companies, generating 000 billion euros in turnover partly in the construction sector, welcomed this historic contractual rebalancing, which allowed for a distribution fairer rights and obligations between the parties.

To support and facilitate the implementation of this reform, the Legal Affairs Department of Bercy has just published without consultation a user guide made up of ten sheets specifically concerning CCAG MOE and works. If the initiative is laudable, the interpretation given to the subject of the remuneration of the project manager when the duration of the site is longer than that initially provided for in the contract, totally contradicts the initial spirit of the reform. By setting a predefined list of criteria giving rise to the right to additional remuneration or to compensation from the project manager, sheet n ° 20 “Examination of the causes and consequences on the project management market of an increase in the duration of the worksite greater than 10% ”purely and simply cancels out the progress made during the reform. While the CCAG Project Manager made free negotiation possible between the stakeholders, the guide restricts the possibilities of additional remuneration for the project manager to only cases already accepted by case law. This restrictive reading of the device does not bring any benefit and worsens the situation of contractors a little more.

Syntec-Ingénierie, which has alerted the administration and the government on several occasions, denounces a document unsuited to the realities on the ground which re-establishes a contractual imbalance between the parties, to the disadvantage of the project manager. Engineering companies, which support their public clients from the design to the maintenance of bridges, roads, infrastructures, subways, buildings, hospitals, etc. call for a revision of the guide, which makes it possible to use the new CCAGs in accordance with the published texts and the spirit of the reform.