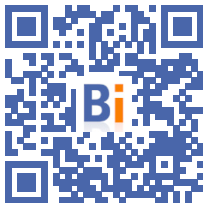 Public consultation on the fifth offshore wind farm project off Normandy is open, the state announced in early January. This project called Center-Manche 2 "should extend over 220 to 250 km2 and include between 75 and 125 wind turbines for a power of up to approximately 1,5 GW".

This new French wind farm will provide electricity equivalent to the annual consumption of one million households, according to the consultation file.

This public consultation, supervised by the National Commission for Public Debate (CDNP), will last until March 7 and then from April 25 to May 16, 2022 and includes 10 public meetings.

Within one month, a report drawn up by the guarantors will be presented to the public and, at most two months after this report, the Ministry of Ecological Transition and RTE will reveal the lessons learned from the consultation.

Regarding the installation of the wind farm, the authorities specify that the wind turbines "will be placed on the seabed and not floating, because the depth of the seabed is shallow".

The location of the wind turbines, about 45 km from the Normandy coast, will be almost "equidistant from the departments of Manche, Calvados and Seine-maritime", according to Damien Levallois, project director at the Normandy environment department, for AFP.

This project of 4 to 5 billion euros will be located to the east of the Center-Manche 1 project, which reached a production of 1 GW. Mr. Levallois also mentions that “Potentially, the two parks will touch each other” when the Center-Manche 2 is put into service by 2031.

The industrialist responsible for the Center-Manche 1 project will be known at the end of 2022 and will be responsible for commissioning by 2027, according to Mr. Levallois.

Other wind farm projects located on the Normandy coast are also present off Courseulles, Fécamp and Dieppe / Le Tréport, at a distance of 10 to 20 km from the coast. Their entry into service is scheduled for 2023.

The assumed goal of these offshore projects is for the State "to meet the growing need for carbon-free electricity, in order to reduce the share of fossil fuels on which still two-thirds of our energy consumption is based".