Prysmian Group honored for its major role in France 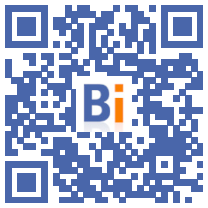 Prysmian Group recognized in France on June 28 through “Choose France” for its leading commitment in the energy transition for which the group is investing heavily in France, and for its optical cables presented at the Great Made in France exhibition which was held on July 3 and 4.

Prysmian Group invests in France to support the energy transition

As a global industry leader in cables and systems for power transmission and distribution and fiber optics for broadband telecommunications networks, Prysmian Group plays a leading role in making the energy transition possible. , with France at the heart of its development project. As such, Valerio Battista President of the global group of the group and Laurent Tardif, President of Southern Europe were invited on June 28 to participate in Choose France, the event organized by the French government to encourage major international manufacturers to invest in France. .

Present in France with 10 production sites, 2.700 employees and an annual turnover of over one billion euros, the Group has set up an industrial expansion project and new Research & Development laboratories in Gron (Burgundy - Franche-Comté) and Montereau (Île-de-France) in order to intensify the production of high voltage cables in the country.

The Prysmian Group factory in Montereau-Fault-Yonne was selected by the government commission of the Ministry of Industry to represent the department of Seine et Marne within the framework of the GrandeExposition du Fabriqué en France at the Elysée on 3 and 4 July. This distinction shines the spotlight on the Group's key role in the deployment of optical fiber in France.

Flextube® optical cables, dedicated to Very High Speed ​​networks and manufactured in Montereau-Fault-Yonne, have the particularity of being able to be deployed in all types of environments (laying in pipes, on aerial support, indoors, etc.). This technological achievement is a key element in meeting the operational challenges of the deployment of the France Very High Speed ​​Plan launched by the French Government. This is how the 144-fiber flextube® cable manufactured at the Montereau plant was selected by the selection committee for the Great Made in France exhibition at the Elysée to represent the department 77 ”.

As part of this plan, Prysmian Group has made a commitment alongside the Agence du Numérique and the TrèsHaut Débit Mission, and is participating in the development of Very High Speed ​​Intranet infrastructures (by 2022) and optical fiber to the subscriber everywhere in France by 2025.

To meet this national industrial challenge in just 12 years, Prysmian Group called on four of its ten French factories:

In total, more than 700 Group employees are mobilized in France to provide a quality and sustainable fiber network to French subscribers, whether they are in rural or urban areas, at home or in the office.

Laurent Tardif, President Southern Europe of Prysmian Group, declares: "It is a great source of pride for Prysmian Group and its teams to contribute to the construction and deployment of the Very High Speed ​​France Plan."