Professionals fear a summer of "chaos" at airports 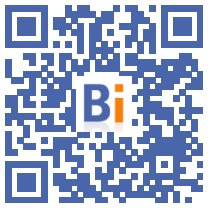 "Hallucinating complexity", "chaos" or even "apocalypse": professionals fear a big traffic jam this summer in European airports, with the flow of travelers returning in numbers who risk being strangled by the controls put in place since the start of the Covid-19 epidemic.

The authorities want to be reassuring, however, deeming scenes of travelers agglutinated in corridors while awaiting the verification of their documents improbable, a nightmare for agoraphobes, maniacs of microbes and other anguish of air travel.

So far, despite the progress of vaccination campaigns and the ebb of contamination in most European countries, the strict control measures put in place to try to curb the pandemic remain in place, starting with health certificates.

8 hours in the airport?

As a result, the time spent by travelers at airports (check-in, security, border control, customs and baggage claim) doubled between 2019 and 2021, going from 1h30 to 3h00 on average "while the volumes of travelers do not represent that about 30% of those before the Covid-19 ", affirmed last week the International Air Transport Association (Iata).

The organization, which defends the interests of the companies, has waved the specter of total passage times increased to 5 hours and thirty minutes if attendance returns to 75% of 2019 levels and "if processes do not improve". At 100%, they would be ... 8 hours.

An estimate a priori unlikely, however, since the European branch of the Airports Council International (ACI Europe) forecasts 125 million air travelers in August, or 48% of the level for the same month of 2019.

The European Organization for the Safety of Air Navigation (Eurocontrol), for its part, predicts between 46% and 69% of air traffic in 2019 in August, depending on the evolution of the health crisis, with a median level of 57% .

The risks of congestion are supposed to be mitigated with the Covid digital certificate, which is due to be introduced for travel within the EU this summer.

But air transport fears imperfect harmonization. Already, observes a professional in the sector, the additional health security measures "have erased years of progress" in terms of flow management, obtained through the dematerialization of tickets, online check-ins or automated control systems. identity.

Since the start of the pandemic, identities have been systematically verified on arrival in France by the Border Police (Paf), even for passengers in the Schengen area, and automatic airlocks have been closed.

Airport managers do their utmost to streamline their customers' journeys, in particular at "Filter Inspection Points" (Pif) which detect potentially dangerous objects and liquids. But border control remains a sovereign mission.

"What is at the top of my pile of concerns is the discussion with the Home Office to prevent this summer from being an apocalypse of waiting times for passengers," the CEO said on May 18. of the manager of the Paris airports ADP, Augustin de Romanet.

Verifications of test certificates, passenger tracking forms, quarantine documents "vary between points of departure and arrival, based on rules that are still widely different and unstable across Europe", s ACI Europe, which brings together 500 airports on the continent, was alarmed on Monday.

"The level of uncertainty and complexity in planning a restart remains mind-blowing," warned its managing director Olivier Jankovec, for whom "every day that passes makes the prospect of seeing travelers undergoing chaos of great magnitude more real".

"There will be reductions in certain types of measures (...) This is the meaning of the European health pass, which will allow travel and eliminate the entire health control phase on three quarters of flights", reassures a French airport source on condition of anonymity.

"Given the volume of passengers, which is not huge, and that there are not many open terminals, it should not be a problem (to manage flows, Editor's note)", continues this source, according to which "ADP and the companies are sounding the alarm to put pressure on the French state (so) that it will reduce health measures", the issue being also "economic" in the face of competition from other European airports.