AMORCE crosses the historic barrier of 1.000 members and reaffirms its status as the main network of communities and local actors committed to ecological transition. 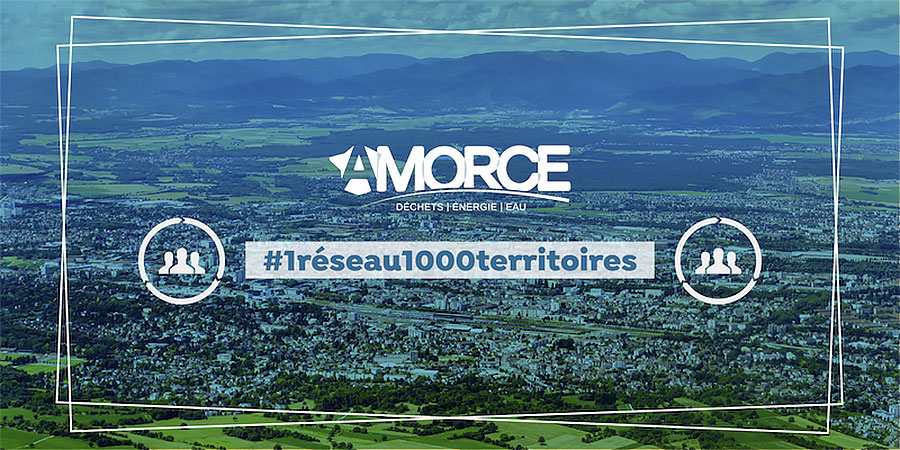 In July, AMORCE takes a new step in its development by welcoming its 1000th member. Behind its symbolic character, this figure reflects the representativeness, expertise and dynamism of the AMORCE network, which has doubled the number of its members over the past ten years. Since its creation in 1987, AMORCE has been able to bring together more than 650 local authorities and 350 local associative and economic players throughout the territory (metropolitan, island and ultra-marine) around a common vision of ecological transition. A transition that relies fully on the territories and the commitment of local authorities who play the role of leaders in the energy transition, the circular economy and sustainable water management.

Independence, representativeness, expertise: the 3 founding pillars of the network

Today, these are three quarters of the regions, one third of the departments, all of the metropolises and urban communities, two thirds of the French agglomerations, several hundred communities of municipalities and central towns, almost all of the unions. intermunicipal and departmental waste management and most of the major energy and water unions who have come together behind the founding values ​​of AMORCE: independence, representativeness and expertise. Without forgetting the associations, professional federations, manufacturers, suppliers, public and private operators, consulting firms, financial or training establishments which participate in the field in the ecological transition alongside local communities.

This diversity is embodied by the governing bodies of the association. The Bureau and the Board of Directors of AMORCE today bring together 70% of local elected representatives who exercise mandates throughout the territory, at all territorial levels, and 30% of local partners mobilized alongside communities in the implementation of local public ecological transition services. Thanks to this territorial anchoring and its ability to create spaces for dialogue and exchange between all the actors involved in local waste, energy and water management policies, AMORCE has established itself as a the main national network for information, support and experience sharing on the challenges of territorial ecological transition.

Recognized for its representativeness and its mastery of the technical, economic, legal and financial issues of local public policies for waste, energy and water management, AMORCE makes its active contribution to the construction of national and European environmental policies, by intervening with ministries, state agencies, and parliamentarians and thus being at the origin of very many advances in favor of the ecological transition of the territories over the last thirty years.

Since its creation, its action has enabled the legislative, regulatory and economic framework of the French model of the circular economy, the management of the public water service, renewable energies, heating and cooling networks to evolve on a lasting basis. renewable energy, energy renovation of buildings, energy distribution or the financing of local ecological transition policies.

With its 1.000 members, AMORCE will continue to bring the voice and the proposals of the territories involved in the ecological transition to parliamentarians and public authorities on the sidelines of the last major legislative and regulatory meetings at the end of this five-year term, as well as candidates for the next presidential election.