Pressed by Macron, the Aix-Marseille-Provence metropolis is undergoing a forced change 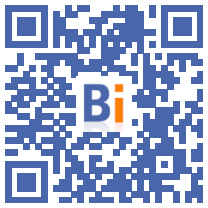 "Division", "complexity", "difficulties in defining the general interest": stung by the criticisms of President Macron, the Aix-Marseille-Provence metropolis has begun its transformation at a forced march to win the billion promised by the leader of the State for its transport.

By presenting his plan "Marseille en grand", at the beginning of September, the President of the Republic had strongly criticized the dysfunctions of the metropolis including the second city of France and clearly conditioned its aid.

"We must finance to unblock the situation, (...) but on the condition that we solve the problems of organization and governance. Otherwise, I do not put more gasoline in the system," he warned.

A month later, the garbage collectors' strike, transformed into an ecological disaster by torrential rains, put the institution on the spot. And a report from the regional chamber of accounts drove the point home by pointing to a service cost "above the national average" for waste collected "below the objectives imposed by law".

Gathered behind closed doors on Tuesday, the 92 mayors of the territory displayed to the press their common desire to reform the institution, while President Macron returned to Marseille on Friday for a first stage point.

"We have a consensus", assured the LR president of the metropolis, Martine Vassal, evoking a transfer of local skills, including waste collection, to cities that wish it, and a refocusing of the institution on major projects structuring.

"I hope that we will convince him (Macron) of our desire to reform," because "a billion is important," Ms. Vassal told AFP. "I await a fruitful visit", added the socialist mayor of Marseille Benoît Payan.

Marseille ruled by the opposition

Created in January 2016, the Aix-Marseille-Provence metropolis brings together six territories and 92 municipalities. It is the largest in France - six times the greater Lyon and four times the greater Paris - and has 1,86 million inhabitants, nearly half of them in Marseille.

Criticized for its "lack of metropolitan strategy" by the regional chamber of accounts, indebted for three billion euros, undermined by its political balance of power between an executive on the right and its main city passed to the left in the municipal elections in 2020, it is today there is unanimity against it.

"This metropolis, no one is happy with it. Neither the elected representatives, nor the inhabitants, nor the State, and neither am I," admitted Martine Vassal. But while everyone agrees on the need for reform, disagreements persist on the solutions to be adopted.

"It is essential that Marseille regain its sovereignty", insists Mr. Payan, who must endure the criticisms of the inhabitants on the garbage not collected, the sidewalks and rutted roads and the lighting leaving something to be desired, while these skills are devolved to the metropolis .

But Marseille no longer has control over structuring projects such as the extension of its tramway: the municipality would like to open up disadvantaged northern neighborhoods, the metropolis favors affluent southern neighborhoods.

"Which mayor would accept that we choose people from among his opposition to govern his city", protested Mr. Payan, citing the example of the head of the municipal opposition, Catherine Pila (LR), placed at the head of the metropolitan transport authority (RTM).

A vision shared by the new UDI mayor of Aix-en-Provence, Sophie Joissains, who finds "abnormal" that the city of Marseille is "no longer governed by those who were elected in the municipal election". "It is not a question of the executive, it is a question of results", sweeps Martine Vassal, affirming to want to work "hand in hand" with the mayor of Marseille.

Ms. Vassal and Mr. Payan had the opportunity to express their differences to Prime Minister Jean Castex, who received them on Monday.

Elected officials have only a few weeks to iron out their differences if they want the metropolitan reform, which requires a law, to be incorporated into the "3DS" text on decentralization, under discussion in December in Parliament.