Presidential candidates called on to position themselves on the nuclear issue 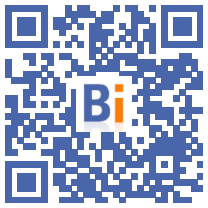 Bet everything on it? Reduce its share? Or get out of it gradually? The nuclear debate is at the heart of the presidential campaign as the French energy bill jumps, while Emmanuel Macron prepares to announce new investments.

"The crucial point" on which the candidates must position themselves, "it is not + for or against nuclear +, but + are you for the construction of new reactors +", at a time when the French nuclear fleet is aging, underlines with by AFP Daniel Boy, director of research at Cevipof.

In this sensitive debate, the French are divided: 51% say they are "in favor" of the construction of new reactors "in the next few years", against 49% who say the opposite, according to an Ifop poll for the JDD published in early October.

Emmanuel Macron, he is clearly positioned: he presents Tuesday "France 2030", a plan of several tens of billions of euros, which notably provides for the construction of small nuclear reactors known as SMR ("Small Modular Reactors").

After having programmed the gradual closure of twelve aging reactors, the Head of State intends to reinvest in the sector, with the objective of a share of nuclear power reduced to 50% of the "energy mix" by 2035, against some 70% currently.

For environmentalists, it's niet.

"We are not going to put money today in small reactors which will be available in at least 20 years, when we have won, or lost, the climate battle," criticized EELV candidate Yannick Jadot on Monday on franceinfo .

Mr. Jadot considers it possible to get out of nuclear power "in 20 years", "gradually", but says he is "pragmatic" - "if it takes five more years, it will take five more years" - and "perfectly responsible" - "nobody says that we are going to close the nuclear power plants tomorrow".

It therefore advocates investing in the entire range of renewable energies (wind, photovoltaic, hydraulic, geothermal, biomass) and in housing insulation.

On the same line, the candidate of rebellious France Jean-Luc Mélenchon however wants to go faster, believing that a horizon 2030, "it is too long".

Faced with ten years of delay and some 16 billion euros in additional costs for the EPR project in Flamanville (Manche), it intends to abandon this type of project as well as that of "large refit" of the existing fleet (estimated at 40 billion by EDF), in favor of a “100% renewable” energy mix and “sobriety in energy consumption”.

The Green and LFI candidates are an exception in the ranks of the left.

In the Socialist Party, Anne Hidalgo is not talking about getting out of nuclear power: without further details, she says she wants to "go much faster" than Mr. Macron's goal by 2035, which "involves the development of renewable energies ".

PS boss Olivier Faure considers nuclear as a "transitional" energy: to be used as long as renewables are not able to completely take over from the atom.

Program "worthy of the name"

Zero carbon emissions, lower bills for consumers, energy independence are the arguments put forward by the right, pro-nuclear for a long time.

In their presidential project, The Republicans advocate "stopping the closure of nuclear power plants" and "extending the life of reactors up to 60 years". Ideas taken up by the nomination contestants for 2022.

The ex-LR Valérie Pécresse thus intends to "grant EDF the launch of an industrial series of six new EPRs" and relaunch "the 4th generation Astrid reactor project", while Xavier Bertrand (ex-LR) promises a program nuclear "worthy of the name", with the announcement "from the summer of 2022" of the construction of new reactors.

LR Michel Barnier intends to "reassess a number of decisions" such as "to close 12 reactors by 2035".

On the far right, Marine Le Pen has promised, if she is elected, to launch "immediately" the construction of three new EPRs "and the" great refit "of the current fleet of power plants.

On the right as on the extreme right, the wind turbines concentrate the criticism of the candidates.