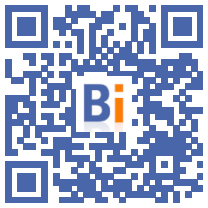 It is a name that may seem unfamiliar. Yet he is regularly cited as one of the great hopes of French surfing. And for good reason, at only 18 years old, Hina Conradi already has several junior titles to her credit and joined the Roxy team in 2022. She is aiming to participate in the 2024 Olympics in Paris. 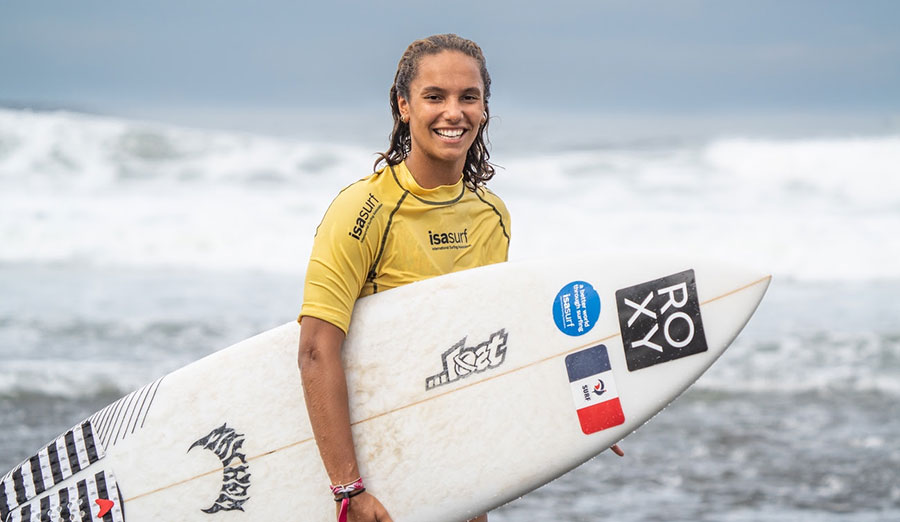 Faithful to its commitment to support the performance of young athletes, to help them achieve their goals, Cheminées Poujoulat is happy to start a new story alongside Hina Conradi, one of the rising figures of the new generation of surfers, in his ambitious sporting project.

Hina was born in 2004 on Reunion Island and started surfing at 4 years old. At the age of 9, due to the shark crisis, she moved to metropolitan France, first to the Landes beaches in Capbreton, then to Saint-Gilles-Croix-de-Vie, in Vendée, where she joined the emblematic club “Le Surfing”. In 2017, she was selected for the French junior team and in 2018 she was admitted to the Pôle France in Biarritz.

Since then, the young champion has taken part in numerous competitions and has had a string of successes. In 2019, she won the French Cadet Championships. More recently, in April 2022, she scored a double at the Maider Arostéguy in Biarritz and won 3rd place at the Junior World Championships in El Salvador in June 2022!

And after ? Hina chose to put her studies on hold, for a year, to devote herself 100% to surfing, with a dream goal: that of a selection for the 2024 Olympic Games in Paris and those of 2028 in Los Angeles.

“What I like about surfing is that it's an extreme sport that is practiced in a natural environment, without any control of the elements. Surfing makes me feel free! », shares Hina Conradi. 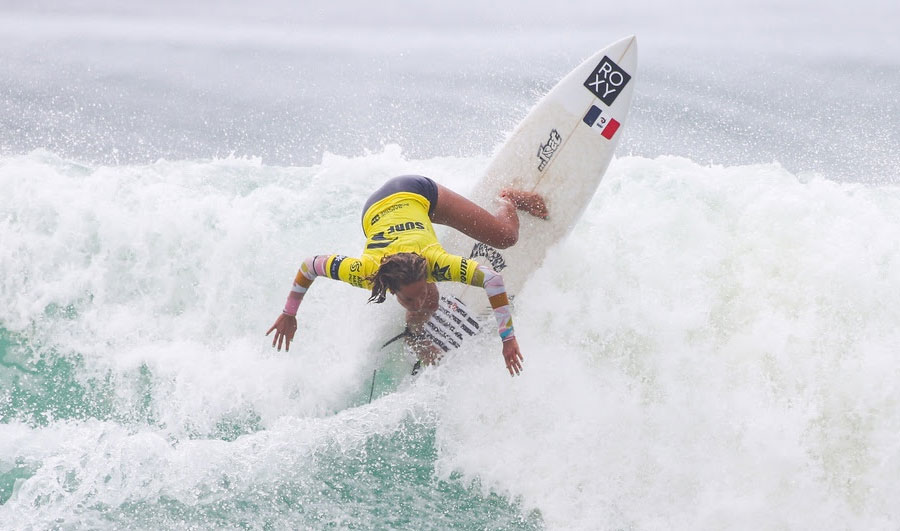 The connection between Cheminées Poujoulat and Hina Conradi was made immediately and quite naturally.

“When we met Hina Conradi, we were seduced by her good energy and her values. She is a young athlete on the rise, ambitious, with goals that we wanted to support. Supporting young athletes is a trademark with us », says Gwendal Danguy Des Déserts, Communication and Brand Manager at Cheminées Poujoulat.

“When a brand like Cheminées Poujoulat is interested in you, it's necessarily positive! I was immediately put in confidence, with the feeling that they really wanted to help me achieve my goals », says Hina Conradi.

“The integration of Hina Conradi symbolizes at Cheminées Poujoulat the arrival of a new wave of athletes. In the Poujoulat Group, since 2020 we have been defending a business project called Positive Relations. This will translate into actions in our sponsorship program with a particular focus on diversity, inclusion, and of course respect for our environment. The practice of surfing requires this sensitivity to nature », recalls Gwendal Danguy Des Déserts.

It's a story that started in the early 2000s, and in which many and many athletes have embarked, including Bernard Stamm and Robin Folin in sailing, Baptiste Masotti in squash, Laura Phily in water skiing, and of course many clubs such as the Niort Rugby Club, the Chamois Niortais FC, or the Volley-Ball Pexinois Niort.

“Helping young athletes is a constant at Cheminées Poujoulat. And a policy that we also find internally, since we welcome many work-study students, interns and young people that we train. The desire to pass on our know-how to younger generations is also in our DNA”, explains Gwendal Danguy Des Déserts