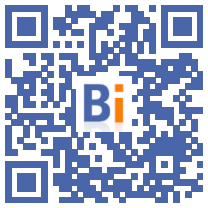 Faced with recruitment difficulties, Pôle emploi is working on building a "pool" of job seekers who can be employed quickly in the most "tense" sectors in each of its 900 or so agencies, according to internal documents consulted on Thursday, September 8. by AFP.

In these documents, initially unveiled by Mediapart, the public operator evokes the establishment of "a pool of candidates motivated and ready for employment or likely to be through rapid adaptation action".

Concretely, a document dated August 25 identifies 23 professions as “particularly in tension”, that is to say “generating a significant number of job offers without generating sufficient numbers of applications”. These professions, constituting "a minimum framework" which can be supplemented, are divided into three sectors (hotels / restaurants, health / social and transport) and range from cook to nurse through delivery person.

The document refers to an "operational implementation" of the plan on September 19. On this date, a follow-up portfolio of 150 to 200 candidates will be created in each agency.

Asked by AFP, Pôle emploi indicated that it was a "working document", refusing to comment.

On the side of the operator's unions, Michel Breuvart (SNU-FSU, 2nd union) deplores that this "once again accredits in public opinion the idea that a certain number of job seekers take pleasure in unemployment while positions remain vacant".

“No lesson has been learned from the Covid crisis which has seen thousands of workers in these sectors of activity turn away from these trades as the first victims of the health crisis”, he adds, pointing to “working conditions often disastrous in these sectors".

In the fall of 2021, the government launched a plan to reduce recruitment tensions, including the release of 1,4 billion euros, to train more employees and job seekers. Since then, the new Minister of Labor Olivier Dussopt has indicated that he wants to "increase" the efforts.