Plastic pollution: a report points to the need for a breakthrough approach 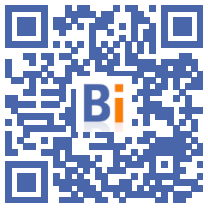 In a report it is publishing today, the Academy of Sciences takes stock of the role of plastics in the world and the extent of the pollution they are responsible for.

Faced with the worrying observation that it draws up, it presents a series of recommendations, first laying down the conditions for a reasoned use and production of these polymers, which have become essential in many fields. In particular, it calls on politicians, industrialists and economists to jointly commit to a breakthrough approach to allow the plastics industry to be integrated into the principles of a circular economy. But it also insists on the need to develop ambitious research programs in order to better understand the fate of plastic waste and its impact on living organisms. 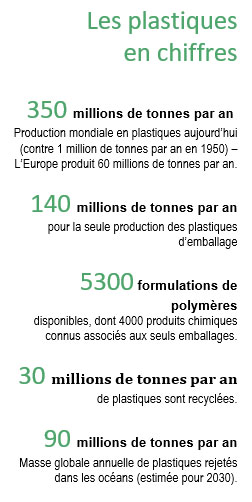 With their multiple properties (lightness, mechanical and chemical resistance, rigidity, flexibility or elasticity), in the space of a few decades plastics have become essential materials, both in the industrial sector and for domestic uses. This is evidenced by their worldwide production, which continues to grow, rising from 1 million tonnes per year in 1950 to more than 350 million tonnes per year today.

However, derived from a non-renewable raw material, difficult to recycle and digest by microorganisms, these plastics are today recognized as a source of environmental pollution. They affect the entire surface envelope of the planet - oceans, fresh water, continents and atmosphere - to the most remote regions. Their toxicological impact on living beings, although still poorly documented, is of growing concern.

Faced with this observation, which it details in its report, the Academy of Sciences is worried about this massive recourse, and recommends a reasoned consumption accompanied by an adapted production of plastics. It thus formulates a series of recommendations, targeting all levels of the production-use chain of the plastics industry. Thus, in addition to the essential selective sorting at the individual level and the information of citizens that must accompany it, the Academy insists on the efforts to be made on the part of industrial players, to radically rethink the production of plastics. and reduce pollution at the source. This approach must necessarily be part of a common action also involving politicians and economists. These include replacing convenience plastics - a real challenge because they are more stable and less expensive to manufacture -, taking into account the recycling of plastics from their design, by providing for marking to facilitate sorting, and fighting against planned obsolescence, to promote recyclable plastics by introducing taxes on the polluter pays principle and, in general, to reduce their production, whether by banning the use of unnecessary polymers or additives (especially for manufacturing colored plastics), by stopping the manufacture of small items when substitute products exist, or by banishing overwrapping.

The Academy also stresses that the transition of the plastics industry to a necessary circular economy must be accompanied by a precise understanding of the fate of plastic waste and its impact on health and the environment. It advocates the development of an ambitious program of fundamental and applied research on a global scale, in which French research could play a leading role. Studies on the chemistry of polymers should, for example, allow the development of products and methods guaranteeing better recycling. In terms of ecology, the Academy stresses that it is necessary to better document the global biogeochemical cycle of plastic waste, and in particular the phenomena of fragmentation and degradation of this poorly managed waste leading to the production of micro and nanodebris which end up by tens of millions of tonnes in the oceans. Finally, in terms of health, new research must be undertaken to assess the impact of plastic waste on ecosystems and living beings, by deepening the studies which, until now, are still very insufficient.