Photovoltaic energy in Poland: from the sun to the land of coal 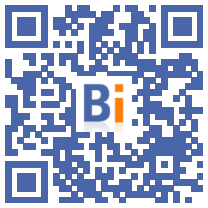 The solar panel boom has Poles considering a divorce from coal, and local photovoltaic technology could soon be a game-changer in how to harness the power of the sun.

Long behind the European solar powerhouses, the Poles have recently gone to great lengths to equip their roofs with PV installations, in a country that is rarely associated with blue skies, but rather with smog over heated towns and villages. coal, known as the national "black gold".

The skyrocketing costs of coal mining, CO2 emissions, and hence energy, seem to have started to weigh on the purses and conscience of the government and Poles.

Andrzej Machno, 74, is among the first in Skawina (south) to have traded his old coal-fired boiler for photovoltaic panels and solar thermal collectors, now huddled on the roof of his family home.

"The town hall got involved and we seized the opportunity. Others followed. It was an excellent choice," said the former hotelier to AFP, with a keen eye and good posture, playing with it. her grandson in a flower garden in the first rays of spring.

Even if he has to complete his installations with a gas boiler, in winter, the savings on the bills are already enough for him to be able to repay the credit contracted for the operation soon.

"We are now able to breathe easier in Skawina," said Mr. Machno, who has spent his life in this city, symbolized and polluted for decades by a large aluminum factory, since closed.

"There is a rush for micro-photovoltaic installations in Poland," Ryszard Wnuk, a renewable energy expert at the National Energy Saving Agency (KAPE), told AFP.

And to point out that about 70% of the solar park in Poland consists of equipment with an average power of 8 kW. The stage of large photovoltaic solar power plants is only beginning to take shape.

In five years, this country of 38 million inhabitants has grown from only 187 megawatt (MW) of installed photovoltaic power, to 3.935 MW in 2020, the year in which this figure grew by 155%, according to local statistics.

The average global growth in this sector was 22% in 2020, according to the International Renewable Energy Agency (IRENA).

A simple and advantageous system of public subsidies, around 1.100 EUR from the State or, in some cases, even more offered by certain municipalities, as well as a convenient storage solution by network operator of the surplus electricity produced in self-consumption, "are also at the source of the phenomenon", estimates the expert.

"Ten years ago, no one in Poland knew how to pronounce the word photovoltaic correctly!", Dawid Zielinski, 36, the CEO of Columbus Energy, reminded AFP.

This former start-up, created seven years ago, is one of the major players in photovoltaics and green energy in Poland, employs 3.500 people, is listed on the Warsaw Stock Exchange and has international ambitions.

"Today, everyone knows that photovoltaics, wind turbines and other renewable energies are the only right way to avoid paying huge electricity bills soon", underlines this man overflowing with energy, met at headquarters of the group.

In search of solutions for the future, Mr. Zielinski invested in the imminent launch of the world's first industrial production line of new photovoltaic modules based on perovskite cells.

These atomic structures, widespread in nature and easy to obtain in the laboratory, have proven, over the course of international research, to have the ability to form photovoltaic cells whose efficiency is equal to that of silicon panels.

Eight years ago, Olga Malinkiewicz, then a Polish doctoral student at the Institute of Molecular Sciences (ICMol) at the University of Valencia, Spain, invented the inexpensive technology of layering perovskites by simple jet printing. 'ink.

Since then, the vision of light, flexible solar panels with variable transparency and tint, which can easily be placed on a laptop, a car, a drone, a spaceship or a building, even indoors, animates the minds of researchers between Tokyo and Oxford, via Wroclaw (southwest of Poland) where Ms. Malinkiewicz has set up her company Saule Technologies.

His discovery, noticed by the journal Nature, earned him the prestigious prize in the Photonics 2 competition, organized by the European Commission, and another from MIT.

Yet, smiles Andrzej Machno, photovoltaics also have its drawbacks: "before I had to load six tonnes of coal per month into the boiler and then unload the ashes while now I sit still, drink beer and gain weight ! ".