Perception of RE2020 by the Building sector: a real need for information 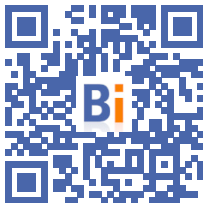 "The Rendez-vous du Mondial du Bâtiment" took place for the first time on April 2 in the Batiradio studios. They were inaugurated by Ms. Emmanuelle WARGON, Minister Delegate to the Minister of Ecological Transition, in charge of housing.

For this premiere, the "Grand Dossier du Mondial du Bâtiment" had as its theme: "How will RE2020 allow us to build sustainably?".

On this occasion, the Mondial du Bâtiment organized an exclusive survey[1] on the perception of RE2020 by professional players in the sector.

The survey results reveal some confusion among building professionals.

Thus, when asked what RE2020 means, only a little over a third of respondents chose Environmental Regulation (36,5%). 28,5% think that it designates an Energy Regulation, 20% that it is about Energy Renovation and 15% of the respondents do not know the meaning of the term.

Unsurprisingly, they are so 74,9% say they are not sufficiently informed about this regulation. 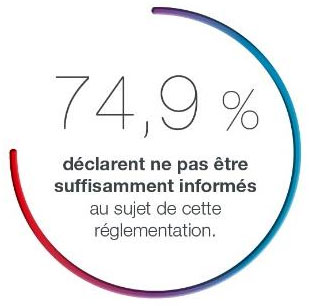 On the other hand, and the point is also a reflection of the dynamism of the sector, they are 41,3% believe that the RE2020 is a driving force for the development of their activity. Thus, only 14,1% of respondents think that the RE2020 is a brake on the development of their activity. This figure should be moderated, however, since 44,6% say they do not know what impact, negative or positive, it can have. 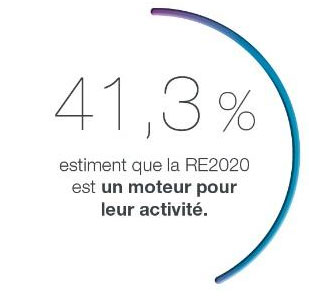 The RE2020 during the Mondial du Bâtiment

The Mondial du Bâtiment and the BATIMAT, IDÉOBAIN and INTERCLIMA fairs will be held from October 3 to 6, 2022 at Porte de Versailles.

On this occasion, the RE2020 will be the theme of many highlights and events: