Pensions: executive decision made public "by the end of the week", according to Borne 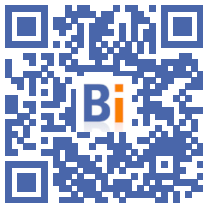 The executive's decision on the method envisaged for initiating a pension reform will be made public "by the end of the week", said Prime Minister Elisabeth Borne on Monday, September 26, who did not rule out recourse to section 49.3. 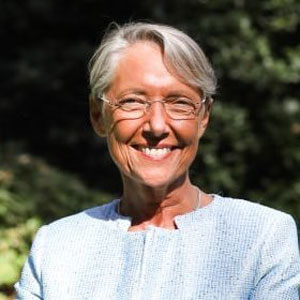 The president's entourage said on Saturday that Emmanuel Macron would meet this week, with Elisabeth Borne, the ministers concerned and the leaders of the majority on this question of pensions.

Among the avenues considered by the executive are an amendment to the Social Security financing bill (PLFSS) and an ad hoc bill.

“There are different scenarios, and so we are indeed looking for the best way with the objective of having dialogue, consultation and moving forward quickly,” added Ms. Borne.

The Prime Minister assured that she would push for "the search for compromise" on this method without excluding the use of article 49.3 of the Constitution, which allows the adoption of a text without a vote except motion of censure.

"My method is dialogue, the search for compromise. At the same time, the French would not understand that we are blocked, it is true on the budget, it is true on the important reforms that we want to bring “, she asserted. Section 49.3 is therefore "one of the tools available to the government if there is a deadlock situation".

"The priority for me is dialogue, consultation, the search for compromise. The blockage will not come from me," insisted Ms. Borne, who received the leaders of parliamentary groups last week.

Many of them said they were hostile to the path of an amendment to the PLFSS, including within the majority the boss of the MoDem François Bayrou and the president (Renaissance) of the National Assembly Yaël Braun-Pivet.

The Prime Minister also confirmed that there would be a "gradual shift in the effective retirement age", but that the executive had "not planned to shift the age of the full rate" automatic currently at 67 years old.

Ms. Borne was questioned just before a Council of Ministers charged, which must examine the finance bills (PLF) and social security financing (PLFSS) for 2023, as well as a bill on renewable energies.

Invited on FranceInfo at the same time, the boss of the MoDem François Bayrou reiterated that the deputies of his party would not vote for a possible amendment to the PLFSS. "If this method (by amendment) was chosen, that would mean that we have not changed the method on the reforms" and the National Council for Refoundation (CNR) "would be compromised", estimated the High Commissioner for Planning, responsible for steering the CNR.

The secretary general of the CFDT Laurent Berger, once again deemed it "unacceptable" to deal "quickly, in +loucedé+", in an amendment, the subject of pensions which "is not only a budgetary subject" but "a social and societal subject".

"Let the government go into force in the PLFSS and you will see what will happen, there will be frontal opposition from the trade unions and in particular from the CFDT. We risk breaking the social body", a-t-t -he warned on Europe 1.