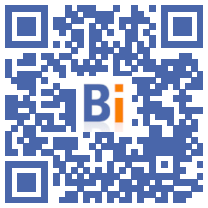 While the president of CAPEB, Patrick Liébus, is preparing to present his traditional wishes, this Thursday, January 5, he returns, for Batinfo, on the highlights of the past year and on the battles that he will continue to wage in 2017.

Batinfo: How does 2016 end and what were the highlights for your organization?

Patrick Liébus: It was a year during which we still had to fight to perpetuate the slight reboot that appeared at the start of the year. If it is effective on the old, the rehabilitation and the new, despite everything, we cannot speak of a phenomenal recovery! It is a year of very slight movement, a year which could have given some hope, but we are witnessing an end of the period which is still difficult despite certain figures. There is a restart, of course, but there are still a lot of cash flow problems in our businesses, and therefore still a lot of concern.

2016 is also the last part of an elective mandate at the presidential level, with a budget which ended at the end of September: we had to be attentive to the sustainability of certain decisions taken such as the VAT, the tax credit, recently judged. "Ineffective" in a report from the Court of Auditors. Remember that if we had not fought for VAT, the situation would have been much worse. And that's without counting on the battles fought against the El Khomri, Sapin and Macron laws! Moreover, the highlight of our union fight in 2016 was indeed on this Macron law which called into question the qualification of craftsmen. A lot of destabilization, energy expended, in short, a fairly tense year in the end, but interesting all the same. We had to be on the bridge until the end, in particular on the file of revision of the posted work directive, which I carried to the European level - and whose revision is expected for next September ... after new commitments from the France upstream. And on that, burning, of the fund for the financing of the quality of the works (which finances the PACTE, the PTNB and the PABA, note), which we have just learned that it will be punctuated by 60 M € to replenish the coffers of State !

Batinfo: The end of the year also brought you a lot of surprises ...

Patrick Liébus: We actually received like a blow of the club the announcement of the withholding tax which will be effective in 2018. A measure totally impracticable and incomprehensible! And especially the arduousness account, which comes into force on January 1 and which should take new directions.

Finally, we fought, and won beautiful ones! What saves us is our very strong mobilization capacity. We have learned to be heard and listened to…

Batinfo: What are you waiting for 2017, a politically pivotal year?

Patrick Liébus: Our organization will continue to occupy its place to protect an area that still needs it. Election year obliges, we will soon publish a document which will resume our demands, but which will not be yet another free white. Then we will begin the meetings with the candidates, once the primaries will be completed, and will approach with them the subjects which will concern us in the months to come: withholding tax, unfair competition, arduousness ... We await their positions on these points.

It will be a difficult and complex year, which will take place between wait-and-see and new projects. A change of majority seems to be taking shape, but concerns persist, when we hear certain programs tinged with great liberalism. In short, it will not be a safe year.

Batinfo: A new entity was born, called U2P. Is this a turning point in the union world?

Patrick Liébus: Indeed, 2017 marks the entry into the scene of U2P, born from the rapprochement between the UPA and the UNAPL. We will benefit from a completely renewed image and leave with new ambitions, and above all a new dimension. What will not fail to disturb the other employers' organizations. As for the Capeb, my objective is to develop it at European level, via the EBC of which I am the president. Besides, I intend to bring in new members such as Scandinavia or Austria.

In conclusion, if I had a message at the start of this year, it would be that we remain united in our building sector, and in crafts in general, so as to bring out the colors. I would continue to fight against those who want to harm us.