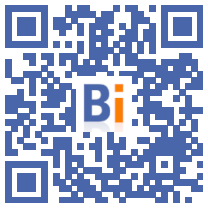 Parliament adopted a bill on Friday aimed at "strengthening prevention in occupational health", a sector which is struggling to recruit but whose importance has been highlighted by the Covid-19 pandemic.

The National Assembly voted it by 48 votes to eight, thus validating it on behalf of Parliament at the end of the legislative process.

The text had already been the subject of an agreement between the Assembly and the Senate in a joint committee and of a corresponding vote of the upper house.

The left voted against, but the right approved this majority bill.

The text engraves in the law "the many advances" of a national inter-professional agreement (ANI) between the social partners, underlined the rapporteur Charlotte Parmentier-Lecocq (LREM).

This ANI, the first of its kind on the subject, was signed on December 9, 2020, in order to relaunch a reform postponed for years.

The Secretary of State for Pensions, Laurent Pietraszewski, welcomed a text which makes it possible to "develop a culture of prevention" and "to strengthen coordination between occupational health and city medicine".

A poor relation of public policies, occupational health has returned to the spotlight with the Covid-19 epidemic, to vaccinate employees or implement health measures within companies, for example.

It also ratifies, on a voluntary basis, the use of general practitioners, called "corresponding practicing physicians" to alleviate the shortage of occupational physicians.

Another flagship measure: the occupational physician will be able to consult the shared medical file (DMP) with the agreement of the employee and with guarantees of confidentiality.

On the left, Caroline Fiat (LFI) deplored an "empty" text, and Gérard Leseul (PS) a reform which "lacks breath".

On the right, LR Bernard Bouley underlined the will of his group, which voted in favor, to arrive at a text "which provides concrete, adaptable responses in close proximity to businesses".