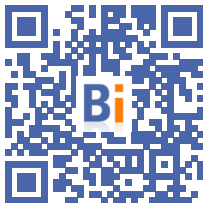 Paris La Défense announces the start of work on the iconic and vast Place de La Défense at the beginning of March. This will offer, after 24 months of work, a space of 20.000 m² completely redesigned and redesigned.

A true nerve center of the leading European business district, Place de La Défense is the link between the Parvis, at the foot of the Grande Arche, and the Esplanade du Général de Gaulle which leads to Paris (see location maps below). after). Designed in the early 70s and in its current configuration since 1981, the Place had to find a new lease of life. Beyond the resolution of technical points (waterproofing and flooring in particular), Paris La Défense wishes to reaffirm the identity of the Place by giving it a more vegetal, more wooded and more fluid dimension, while maintaining its appearance. friendly and attractive, and relying in particular on two works of art, central pieces of the decor of the Square: the Red Spider by Calder and the Fantastic Characters by Miró.

“2021 will be rich in changes for three emblematic places of the territory: the Park, the sub-slab spaces and, more particularly, the Place de La Défense. Central point of the large urban landscape of La Défense, it is also our “village square”, a place of life and meetings, the scene of many festive events such as the Jazz festival in La Défense. It was urgent to give it a new shine, while focusing on its adaptability, like a neighborhood that is constantly renewing itself. "
Pierre-Yves Guice, Managing Director of Paris La Défense 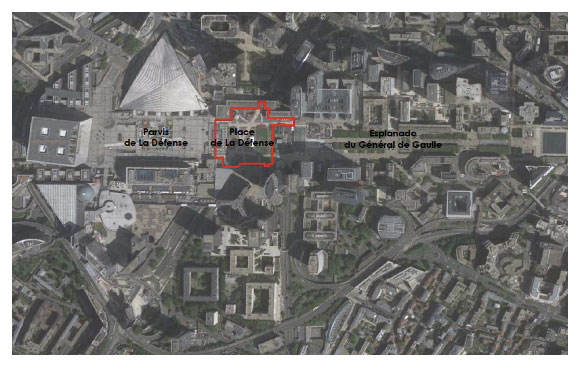 As the client, Paris La Défense entrusted the landscape designer Base with the reconfiguration of Place de La Défense. Remember that this square is not a traditional public space. Its transformation involved the integration of numerous and complex constraints, the whole being built on top of infrastructures located under the slab (parking, underground ways, transport networks ...).

“We are reconfiguring the space in its entirety by carrying out a work as a designer aimed at integrating the existing sculptural elements, while maintaining its fundamentals in terms of circulation and uses. We want to give Place de La Défense a sensual and organic dimension. " adds Adrien Fourès, landscape architect from the BASE agency, in charge of the redevelopment of the Place.

La Place offers a square space of 20 m² bordered by the Westfield Les 000 Temps shopping center on one side, and the Maison de La Défense on the other (see location maps below).

Here are the 5 spaces of the future Place:

Completely reconfigured, the lighting of the Place will simplify and streamline pedestrian circulation as well as those of people with reduced mobility, in particular when exiting public transport. The 18 poles will be replaced by 8 projectors of 14 and 18 meters high, they will thus allow lighting up to the center of the Square.

The first works will be carried out in phases and by sectors, starting with the peripheral areas of the Square and ending with the central part. Circulations will therefore be maintained throughout the work. The first stage, from March to September 2021, concerns the recomposition of the northern space, on the side of the Maison de La Défense and the Red Spider of Calder, as well as an area around the RATP glass roof, with works at night so as not to interrupt access to Coeur Transport during the day. The phases will then follow one another for delivery in spring 2023.

The work is carried out in three stages: