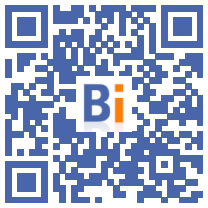 Contemporary art, soft light, freight elevator ... Notre-Dame de Paris cathedral, partially destroyed by fire in 2019, will be redeveloped to "better welcome" the public in "respect for worship", according to the diocese which in charge.

On the program of this "modernization": light at face height, benches on casters equipped with candles to replace the old centuries-old chairs that will descend into the crypt, contemporary art and biblical phrases projected in several languages ​​on the walls, explains to AFP Father Gilles Drouin.

The project, matured "for two and a half years", was entrusted to it by the Archbishop of Paris, Mgr Michel Aupetit. It will be presented on December 9 to the National Heritage and Architecture Commission (CNPA), responsible for giving its opinion.

What to feed the concern of the defenders of the history of France and the inheritance as well as the mockery of the foreign press which qualified it as new "Disneyland politically correct" (The Telegraph).

"The Church can be modern by bringing in a more spiritual light rather than a grazing light on the faces", comments to AFP the animator Stéphane Bern, charged by Emmanuel Macron with a mission for the safeguard of the patrimony.

For him, "the real stake" are "the surroundings of Notre-Dame". "We must, he says, make a museum of the history of France for the whole world with the treasures of Notre-Dame", deploring the fate of the Hôtel-Dieu, the oldest hospital in Paris located just next to Cathedral. He could have, according to him, shelter this museum but must give up a third of its surface to a real estate developer.

Father Drouin, director of the Higher Institute of Liturgy, defends his project. He denies any attempt at radical transformation: the objective, he says, is to keep Notre-Dame as a "place of worship" and to "better welcome" and inform the public who "do not always have a Christian culture".

When they return to Notre-Dame in 2024, according to the work schedule planned to date, the faithful and visitors from all over the world should enter through the large central door and no longer through the side doors, and benefit from an airy route around of the central axis going from the nave to the choir.

The altar will remain in the same place. A tabernacle (piece of furniture which houses hosts and ciborium) which "was badly placed" will be installed at the back of the choir and a new baptistery (small building traditionally used for baptisms), in the entrance to the nave. Only "four of the confessionals" will be kept. The "six or seven others will be moved up to the first floor of the cathedral", he explains.

The Nativity explained to the Chinese

To facilitate circulation even more in case of crowds, the centuries-old straw chairs will descend to the Soufflot cellar or crypt located under the cathedral and which will be used "as a storage space" made more accessible thanks to a "freight elevator".

As for the side chapels of the building, they were "in a terrible state" before the fire and will be completely renovated in favor of the enhancement of works of art: "old paintings from the XNUMXth and XNUMXth centuries which will interact with contemporary art objects ".

"A cycle of tapestries" in particular, says the clergyman, without letting any name filter through. "The cathedral has always been open to the art of its time until the large golden cross by sculptor Marc Couturier installed by Cardinal Lustiger in 1994", he underlines.

To illuminate everything, the diocese wishes "softer lights at the height of a man's face" which will give a more intimate atmosphere to the 2.400 masses and 150 annual concerts. He entrusted this work to a collective of artists including the light sculptor Patrick Rimoux.

Finally, for a better understanding of the history of Christianity, he wishes to project on the walls "biblical sentences or Christian spiritual tradition" in several languages, the choice of which has not yet been decided.

“A Chinese, for example, does not necessarily understand the Nativity of the Virgin. However, since there are Chinese characters inscribed on banners in the chapel of Saint-Paul Cheng (Chinese martyr) in the cathedral, visitors to the 'Middle Kingdom stop and light candles,' he notes.