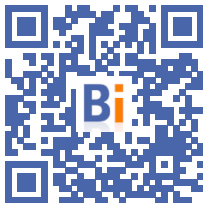 It is the skyscraper that replaced, in the New York sky, the twin towers which had gone up in smoke. Inaugurated in 2014, the One World Trade Center, at 541 meters, the tallest building in the United States, quickly became an iconic tower of the American economic capital, a symbol of resilience after the horror of the attacks of September 11, 2001.

From the beginning, the tower, nicknamed Freedom Tower, had to bear witness to New York's resilience, turned towards the future despite the disaster, says Kenneth Lewis, one of the architects of the project carried out by the firm SOM, builder of skyscrapers. sky around the world.

As tragic as the images of the burning towers were, no one questioned the idea of ​​erecting another skyscraper in their place.

For the architects, it was an opportunity to realize concepts that they had been thinking about for years: "It was the beginning of the millennium, it was necessary to embody a new generation of buildings, in terms of safety and impact on the environment. environment, ”says Ken Lewis.

The images of people jumping into the void to escape the blaze are among the most nightmarish of 11/XNUMX: after the attacks, new ideas were launched to evacuate people other than by stairs, such as a kind of giant slide or even a cable that we would hang on before jumping into the void, he says.

A parachutist demonstrated the latter solution. Ken Lewis smiled again: "It was really scary, it was unimaginable that someone a little overweight, or a little timid, jump out the window".

In the end, the only solution was to "shield the heart of the building, with reinforced concrete, wide enough for people to get out of there".

A series of adaptations to safety standards were released at the "One WTC", before becoming standard: from the widening of the stairwells to allow a rapid evacuation of this 104-storey tower, to the installation of a light signaling on the ground and in airplanes, including the deployment of fire-resistant cameras and communication tools on each floor, allowing rescuers to monitor the situation at all times. With the objective of "evacuating the whole building in one hour maximum".

Firefighters were invited to work meetings. "They had experienced such trauma, they had to be part of the solution," said the architect.

It is in particular they who asked for a system capable of alleviating a failure of the emergency generators, as on September 11, 2001. In order to maintain the electricity long enough to evacuate the building ".

The fire was not the only concern: there were, in the fall of 2001, several anonymous letters mixed with anthrax sent to certain media, and five deaths linked to this deadly poison.

"We started to think about the filtering system and the air quality, not only in case of fire but also such attacks. We had to identify all the threats with which a building has to work" without transforming the tower " in a fortress where no one would want to come to work anymore ".

Almost 20 years later, the pandemic has passed this way. Telework requires, One WTC and most of Manhattan's prestigious towers have been empty for months.

"We thought that people would come back to the office a lot faster," acknowledges Ken Lewis. "Right away, we looked at the filtration of the air, how it circulates (...) most recent buildings have very efficient particulate filters which also work on viruses".

But if the office towers have not yet regained their pre-pandemic occupancy rate, the preeminence of skyscrapers in the New York sky does not seem to be called into question.

A tower of some 600 apartments is under construction in Brooklyn, set to become by 2022 the first "super-skyscraper" outside Manhattan. And around XNUMX other towers are in the works across New York.

To the environmental priority, already very present, has been added that of well-being, assures Ken Lewis.

"We are in 2021, we are talking about health and well-being, about creating outdoor spaces where people can work, terraces as places of work, meeting ... We are really at a turning point".

In the meantime, the One WTC has made a name for itself among the iconic images of New York. While the Memorial symbolizes "the void" created by the attacks, according to Lewis, the tower "represents the positive," "a place of innovation and reflection, carrying modern concepts of security."