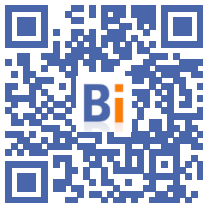 The prices of old real estate continued to increase in the third quarter of 2022, according to the Notaires-Insee reference index published on Thursday November 24, a little less quickly than before but surprisingly resisting economic uncertainties.

Prices, which have been climbing since the start of the pandemic, rose 6,4% in the third quarter of the year compared to 2021. A slight slowdown from 6,8% in the second quarter and 7,3% from the first.

This increase follows the transaction curve which, after reaching a peak in the 3rd quarter of 2021 (more than 1,2 million sales), is slowly receding but remains at a very high level with 1,13 million sales concluded in twelve months.

"We see that this real estate market is very, very resistant throughout France", commented Thierry Delesalle, president of the statistics commission of the Notaries of Greater Paris.

“We are amazed at this strength that continues when all the lights are no longer green,” he said.

Inflation fueled by energy prices and the tightening of credit conditions do not yet seem to have an impact on old real estate.

Notaries' statistics, based on sales that have been definitively concluded, reflect the state of the market with a delay compared to those of agency networks, which rely more on promises to sell. But they are more comprehensive.

The impact of the usury rate, which prohibits borrowing above a certain interest rate and blocks home ownership for some households, is therefore not fully integrated, the concern about this started climbing this summer.

The concern vis-à-vis pensions, with a reform announced in the coming months, can rather bring French people back to rental investment, seen as an additional income, estimated Me Delesalle.

The trend observed since 2020, which sees houses become more expensive much faster than apartments, continues: they have increased twice as fast, 8,2% against 4,1%.

Two explanations for this, comments for AFP Thomas Lefebvre, scientific director of Meilleurs Agents: "the famous post-Covid trends, with people who have looked for a garden", and real estate prices that have become inaccessible in large cities. , which are pushing households towards peri-urban areas.

“There are people who have no choice, people who are forced to buy in these territories and use their car, and it is other costs that will then suffer,” he says.

“We can say that the Covid crisis is behind us and that the energy crisis (…) completely redistributes the cards”, judged Christian Godard, Notaries of Greater Paris.

The future ban on renting excessively energy-intensive accommodation is also starting to have an impact on prices, noted the notaries.

"Obviously, on houses, it has more influence, and prices are more negotiated than for apartments when you have a bad thermal label", detailed Me Delesalle.

"Given the difficulty today of finding qualified companies to do the work, given the increase in the cost of the work (...), that can, I think, weigh a little in the balance and make investors and purchasers", also judged Me Godard.

Apartment prices are following completely different trends in the country's three largest cities: they continue to decline in Paris (-1,2%), while they rise slowly in Lyon (+1,9%) and soar in Marseilles (+10,8%).

"Marseille is a city that is catching up," says Thomas Lefebvre.

"Prices remain low compared to other cities, and that's what's driving the market."

"You also have a Marseille market which is in very great shortage of supply", he adds.