Old Buenos Aires is getting a facelift, but the heart is restless 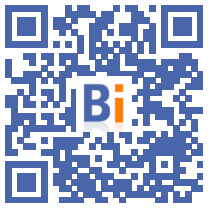 Repaved streets, restored historic facades, pedestrianization: Buenos Aires is giving a facelift to some of its old trappings, regularly hailed as a heritage gem. Effort among others to revive a tired heart, which the pandemic has almost fatally devitalized.

In rue Humberto 1er, a stone's throw from the emblematic Place de Mai, the asphalt has jumped. Kneeling, workers hand over one by one, nearly a century later, cobblestones in the streets of the "Casco historico", the historic center of the capital.

Cycle lanes, tree plantations, diverted buses, XXL restorations, such as that of the Art Nouveau Otto Wulf building (1914) once the legation of the Austro-Hungarian Empire: by mid-2023, 67.000 m2 of the porteño center will be retouched by the "Casco Plan" in which the city will invest 2,2 billion pesos (17 million euros).

The objective is twofold: "to restore one of the most historic districts, with an important heritage", and "to reinvent life in the hypercentre", explains Felipe Miguel, chief of staff of the municipality (center-right) of the capital of 3 million inhabitants.

Ironically, ten years ago, a municipality on the same side, then managed by the future head of state Mauricio Macri (2015-2019), covered the cobblestones of several neighborhoods with asphalt (about 3.400 of the 30.000 streets of Buenos Aires are paved), upsetting local residents' associations.

We then invoked less noise pollution, spared tires, the flow of rainwater ... "There are neighborhoods that have changed and where mobility takes precedence, others more typical that must be preserved", justifies Felipe Miguel.

Because heritage is once again the future. Like anything that could boost a city center, both a business and tourist district, that the breath of life left during the pandemic and one of the longest confinements in the world.

"The pandemic has aggravated an already ongoing, inexorable problem: the loss of inhabitants of the center, to the + floating + population, overused during the day, underused at night", explains Silvia Farje, architect and heritage expert. , former Minister of Culture of the city.

A center, she continues, where an aging population can no longer maintain century-old buildings, where the latter is not replaced by young people, reluctant to live in a neighborhood regularly paralyzed by social demonstrations, deserted at night, in buildings devoid of the digital comfort that they have learned to enjoy working remotely on the outskirts.

There is something ironic about the idea of ​​redemption through old stones, for a capital which in its history has not always had the respect due to its old stones. Not hesitating, for example, to raze part of the Cabildo, an iconic building from 1751, to pierce the Avenida de Mayo in 1894, an opulent avenue that is a true copy of a large Parisian boulevard. The reference then.

Risk of the "theme park"

Argentina's "golden age" (from 1880 to the 1930s) and its waves of European immigrants, gave the capital a rare patchwork of influences, from colonial style to Art Deco, from l Italianizing neo-renaissance to rationalism...

But on Avenida de Mayo, "For sale" or "For rent" are popping up in the windows. According to Mr. Miguel, 60% of the occupants of the heart of Buenos Aires worked in offices before the pandemic, a figure which has plummeted to 20%. Many will not return. Curtains of businesses, deprived of customers, are lowered for good.

Hence the hope of reviving a "mixed-use center", between professionals, tourists, residents, young people if possible. Since 2021, credit aid and tax incentives have multiplied for those who want to live in the hypercentre, open a business or transform offices into homes. A challenge project "which will take years", recognizes Mr. Miguel.

In the short term, the 2,1 million annual foreign visitors to Buenos Aires (pre-Covid figure) are a prime target. But also a risk, between "touristification" and "gentrification" of the historic center, "as has happened in many capitals of the world", underlines the NGO Observatorio de la Ciudad.

And if Basta de Demoler salutes "the new awareness of heritage, which sees the return of cobblestones, something unthinkable 40 years ago", the association warns against the risk of "sacrificing essence to aesthetics" and " become a tourist theme park".