Off-site construction continues to gain momentum at the Batimat show 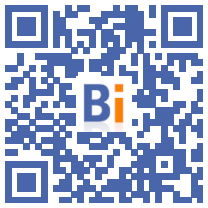 A real success during the previous edition of BATIMAT, off-site construction is again very present in 2022 with more than 35 exhibitors expected and an exhibition area three times greater than in 2019.

With its partner, the Hors Site Group, BATIMAT is the only show to give such visibility to this construction method through a dedicated space, an exclusive barometer and rich content (workshops, symposium, meetings, etc.).

An unavoidable subject in the field of construction today, off-site construction is continuing to develop in France but is still far from the performances recorded in the main European countries. The ACIM (Association of Industrialized and Modular Constructions) estimates that the French market represented in 2019 a turnover of €854 million and a workforce of 3 employees for a volume of 688 m439.000 of units located.

From October 3 to 6, BATIMAT is once again highlighting this construction method with key players in the sector, a 3 m000 space and dedicated events.

Among these exhibitors, some, already present in 2019, are returning to this space: Cougnaud, Technologies&Habitat, Avelis, Normétal.

Newcomers are appearing, and among them, big names such as: Araymond (a leader in major automotive industrial markets), Eiffage or ARCELOR with Steligence®, but also E-Loft, GSCM or GoBo House.

The participation of ultra specialists such as Wieland Electric or Ipelec or of industrial leaders such as Araymond validates the acceleration of the industrialization of the construction sector.

Visitors will be able to attend practical workshops of 30 minutes each day, led by exhibitors from the Offsite sector. In total, 35 workshops will take place during the 4 days of the Show. An international off-site symposium on the theme “Recovering productivity and improving the carbon footprint” will also be held during the show.

The first results of the study, unveiled in November 2021, reveal that 82% of non-users of this method believe they will use it in the future and 71% that the share of off-site construction will increase in the next 12 months. . However, the lack of knowledge of the processes (65%) and of the ecosystem of players present on the market (51%) remain obstacles to taking action. "This first barometer clearly shows us that the Off-Site is widely known to professionals, whether they are users or not, and that they ultimately have a great deal of interest in this constructive method" indicates Guillaume Loizeaud, Director of Building.

He adds: “While there are expectations that have yet to be met, there is no doubt that the benefits identified will tip the balance largely in favor of Off-Site.

A new barometer will be published and the results unveiled at the BATIMAT show.

A series of podcasts

To disseminate knowledge and help professionals to train and stay informed, Pascal Chazal (CEO of Campus hors-site) hosts a series of podcasts on Batiradio, 9 episodes are already available.