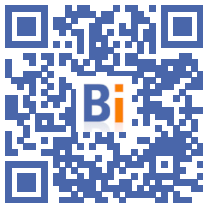 The Superior Council of Notaries (CSN) has just launched "Notaires Infos", a telephone legal information service in the fields of family and real estate to "strengthen access to law and justice for the French".

"It is a first-level information service, it is not an advisory service and depending on the complexity of the issue we can direct to the right interlocutor," explained the Higher Council of Notaries to AFP.

The telephone service, accessible on 0892 011 012 and paying at 80 cents per minute, is provided by eight lawyers based in Paris.

"Each year, 20 million French people pass through the doors of a notarial office, Notaires Info reinforces this link and completes the territorial network", according to the Superior Council of Notaries.

Self-financed by the CSN, the process is part of the first "Notarial Objectives Agreement" signed with the State and which runs until December 31, 2024.

Among the commitments made within the framework of the agreement, there is in particular the preservation of the territorial network and the dematerialization of the notarial public service.