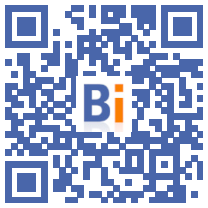 The Dutch group TenneT will launch a "large-scale" tender, for an estimated order amount of up to 30 billion euros, to meet the German and Dutch offshore wind objectives, announced the manager of network Thursday, June 23.

As reports of increased use of coal in Germany and the Netherlands spark concern from the European Commission, TenneT said in a statement that it will produce 40 gigawatts of power in the North Sea by to 2030.

Achieving this goal "requires a new approach to tendering", according to TenneT, which estimates its current offshore connection capacity at around 7,2 gigawatts in the German North Sea and around 2,5 gigawatts in the Dutch North Sea.

While individual projects have "always been the subject of back-to-back tenders", this large tender will include "a forecast of 15 to 20 offshore grid connection systems", according to TenneT, which estimates that the total order volume could reach up to 30 billion euros.

The manager will enter into a cooperation agreement with key market partners for "a period of up to eight years", covering "offshore platforms and land stations, as well as converters".

Germany, Denmark, the Netherlands and Belgium announced in May that they wanted to install nearly 150 gigawatts of wind turbines in the North Sea by 2050, to make it the "green power plant of Europe". " and do without Russian hydrocarbons. An intermediate target of 65 gigawatts has been set for 2030.

A power of 150 gigawatts in offshore wind can provide the electricity needed for 230 million homes, according to the four countries.

While Russia is gradually reducing its gas flows to Europe, the Netherlands announced earlier this week the lifting of restrictions on coal-fired electricity production.

Germany on Thursday activated the “alert level” on its gas supply, which brings the country closer to rationing measures after the drastic drop in deliveries from Moscow via the Nord Stream gas pipeline.