Appointment of Elisabeth Borne: The priority files to reduce energy consumption on the table of the Prime Minister 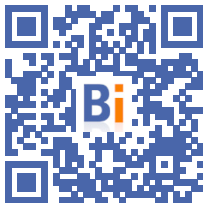 Hellio, a key player in energy management, welcomes the appointment of Mrs. Elisabeth Borne, former Minister for the Ecological and Inclusive Transition, appointed Prime Minister on Monday May 16 by Emmanuel Macron, the newly elected President of the Republic and takes stock on industry expectations.

Relying on its 40 proposals impact for real energy savings, the group recalls the high expectations of the energy efficiency sector and its beneficiaries - from individuals to businesses and local authorities - towards the new government, which should have in its ranks a minister for “energy planning” and a minister “responsible for territorial ecological planning”.

Files to reduce energy consumption prioritized by the geopolitical context

The new government will have to curb the consequences of the energy shock caused by the war in Ukraine: a major socio-economic issue, as the rise in energy prices has an impact on the purchasing power of households and the budgets of communities, industries and companies.

Pierre Maillard, Chairman and CEO of the Hellio group, considers it a good omen that Elisabeth Borne, expert in key issues in the energy sector, as Prime Minister, will be given responsibility for ecological planning. This orientation had been announced by the candidate Emmanuel Macron between the two rounds of the presidential election.

On the eve of the elections, the Hellio group transmitted to former and future political decision-makers its 40 proposals with an impact on energy management to respond to the social and climate emergency.

“If we want to achieve 700 housing renovations per year, fight against energy poverty and reduce our energy consumption - and in particular fossil fuels - by more than 000% by 32,5, as our national and Europeans, the account today is not there. The instability of financial aid for carrying out energy saving work is one illustration of this: the crisis in the Energy Savings Certificates market, estimated at 2030 billion euros in premiums paid annually, is one of the issues to be resolved urgently by the new government of Elisabeth Borne. Around these orientations, the Hellio group intends during this five-year period to be alongside the public authorities to bear witness to the reality on the ground, proven solutions and thus contribute to the acceleration of the ecological transition and make it accessible to all French people ”, declares Pierre Maillard, Chairman and CEO of the Hellio group.

In view of the ambitious reforms of the last mandate, the Hellio group nevertheless underlines the insufficiency of financing, support for households and training of craftsmen to achieve the objectives of energy renovation of buildings.

Four priorities for establishing a new French model of energy efficiency seem to have to be studied by the new government.

This inevitably supposes an increase in the obligation of the 5th period of the most important of the existing aids, the Energy Savings Certificates (EEC) in order to stem the crisis in the sector, but also to reflect on a law of five-year program of aid from 2023 to ensure visibility for the sector.