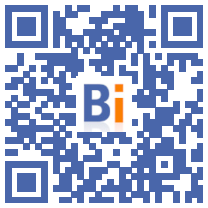 The Minister of the Economy, Bruno Le Maire, warned Thursday that there was "no question" that the Ascoval steelworks in Saint-Saulve (North), owned by the German Saarstahl, see its activity relocated "definitively " in Germany.

"I fought with a lot of energy, with the unions, with the workers, to save this factory" and "there is no question of permanently relocating the activity to Germany", assured Mr. Le Maire on RMC .

Representatives of the CGT and CFDT unions warned on Wednesday that the Ascoval steelworks in Saint-Saulve (North) planned to temporarily relocate 40% of its production to German sites, because of the price of energy.

Without confirming, the management of Saarstahl, owner of Ascoval for four months, reported the explosion in energy prices, and admitted that it was studying "temporary options" to "limit the negative effects" of these. increases.

"We will be extremely vigilant that Ascoval is impacted as little as possible by the economic situation," the Ministry of the Economy reacted on Wednesday evening, specifying that discussions were underway with the company.

"We are working on solutions," Bruno Le Maire confirmed Thursday, assuring that "Ascoval will remain French" and that "there is no question of dropping it".

"Ascoval is a magnificent plant, which is the symbol of what a carbon-free steel plant can be in Europe, so there is no question of letting it down," he insisted.

A little earlier, the Minister in charge of Industry, Agnès Pannier-Runacher, had deemed "absurd" the threats of relocation to more polluting sites, for "a specific question of the price of electricity".

"The contract between the Ascoval steelworks with EDF will change on January 1, that is to say it will be on a cost of electricity which is stabilized and therefore it will allow work to be done", underlined Agnès Pannier-Runacher on Franceinfo.

She also argued that Ascoval would benefit from public aid which had just been voted in the finance bill to compensate for the increase in electricity to highly consuming companies, and "to ensure that the price of carbon offsetting will be more important this year ". "Rather than reimbursing the tonne of carbon (not emitted, editor's note) on the 2020 price, we are basing ourselves on the reality of the tonne of carbon today," she said.

A meeting in Bercy Thursday evening with Saarstahl

Officials of the German steelmaker Saarstahl will participate Thursday evening in Bercy in a working meeting "so that the maximum production remains at the Ascoval plant" of Saint-Saulve (North), whose activity is "temporarily" threatened by the rising electricity costs, the industry ministry said.

"We receive Saarstahl in Bercy for a working meeting (...) the state of mind is constructive" indicated a source in the office of the Minister in charge of Industry Agnès Pannier Runacher.

The management of Saarstahl, owner of Ascoval for four months, admitted Wednesday that it was studying "temporary options" to "limit the negative effects" of the explosion in energy costs on its business.

According to the CGT and the CFDT, Ascoval, whose steel plant operates on electricity and does not emit CO2, plans in this context to temporarily relocate 40% of its production to German sites, which operate on coal or ore. much cheaper iron, and therefore more competitive, even if they emit a lot of CO2.

Such a decision, if confirmed, would have an impact on "the majority of the workforce" of Ascoval, which would be forced into partial activity at least temporarily, we admit to Bercy.