No need for prejudice to deny access to your property 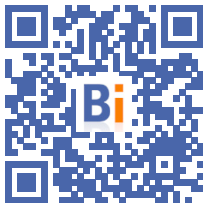 It is not allowed to use the property of others on the pretext that it would not bother him.

The Court of Cassation recalled this principle during a lawsuit related to the use of a road, stressing that the owner's right to prohibit access is not subject to the existence of prejudice.

Following the urbanization of an area with scattered pavilions, several inhabitants considered themselves landlocked and, to remedy this situation, had concluded an agreement with a neighboring owner to cross his land and thus join a path that gave access to a street.

But this road was a "road of exploitation", that is to say of a private road, created to serve various plots and belonging to all the owners who were bordering on it. One of them therefore contested that another owner had been able to authorize non-residents to use it.

The use of the path does not create any damage, the proof is that one of its owners has authorized several inhabitants to use it and that the protester does not provide any proof of damage, pleaded the users of the path. In addition, they said, the other residents, owners of the road, did not issue any dispute.

The fact remains, ruled the Court of Cassation, that the owner of a private road such as an operating road has the right to prohibit its use without having to prove that it would cause him harm.