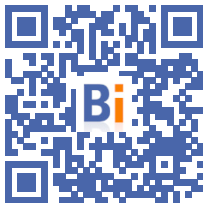 Emmanuel Macron announced on Thursday September 22 that he wanted to "go twice as fast" in the deployment of renewable energies and accelerate the launch of new nuclear reactors, during the inauguration of France's first offshore wind farm off Saint-Nazaire ( Loire Atlantique).

“Happy day, glorious day!”, he launched after discovering from a boat the field of 80 wind turbines, deployed 12 to 20 km from the coast, which will produce electricity for 700.000 people.

"But all this is happening in a complicated time and still takes too long," he noted, referring to soaring energy prices and the risks of shortages induced by the war in Ukraine, which requires more than ever a "diversification".

To reduce dependence on fossil fuels, "we must produce more electricity", "40% more by 2050", he said. France will have to go "at least twice as fast" on renewable energy projects, wind and solar in particular, underlined the Head of State.

This acceleration must go through a reduction of "three to six months" of "deadlines for public inquiries and government authorizations", he detailed.

The time limits for litigation must also be reduced to two and a half years at most, against up to four years today, he underlined. "We must create consensus at the start and try to block the dilatory recourse", he insisted.

Today, it takes an average of ten years for an offshore site to come into service in France, compared to five in Germany, six in the United Kingdom. For onshore wind, it's seven years, twice as long as in Spain or Germany, and photovoltaic is hardly better off.

These measures will be included in the bill on the acceleration of renewable energies which will be presented to the Council of Ministers on Monday as well as in government decrees and amendments.

On February 10 in Belfort, Emmanuel Macron set the goal of installing around fifty offshore wind farms in France by 2050 for a capacity of 40 gigawatts.

To date, seven parks have been awarded to operators, but the realization of the projects is hampered by numerous appeals, and France is falling behind compared to neighboring countries.

After Saint-Nazaire, construction began in Saint-Brieuc, subject to friction with the fishermen, Courseulles-sur-Mer and Fécamp. In Oléron, appeals have been filed to postpone the project further offshore.

"We will have to do wind power on land", he also pleaded after announcing in Belfort a doubling of its capacity no longer over 10 but 30 years.

“Onshore wind power is concentrated in very few territories,” he lamented, calling for “opening up the game” in this area.

Among the avenues for solar development, the Head of State mentioned "the release of land" to install more panels on wasteland, citing the edges of highways and railways, but also some agricultural land with the agrovoltaism.

On nuclear, "the approach will be the same", we must "go much faster" by "simplifying things", insisted Emmanuel Macron.

“We have not invested”

In Belfort, the Head of State also announced the revival of nuclear energy with the construction of six EPR2 reactors by 2035. An audit published in February mentioned the horizon of 2037 for the first commissioning.

As on renewable energies, a text of law will make it possible to "adapt existing procedures in terms of town planning to promote the development of the first sites identified" and to launch "the program now so as not to waste time", has he pointed out.

Jean-louis Bal, president of the Renewable Energies Union (SER), welcomed a "tonic speech" and the "need for onshore wind power" again put forward by the Head of State.

For Amandine Lebreton, director of advocacy at the Foundation for Nature and Man, on the other hand, "it is not true to say that the delay is due to local or administrative blockages". "We have not invested," she says.

Before the Head of State, Jean-Christophe Gavalet, President of France Nature Environnement, warned against too limited public consultation which would be totally "counterproductive" according to him. "We will end up with a radicalization of positions", with a risk of "more violent" reactions, he warned.