No collection in June for the Livret A 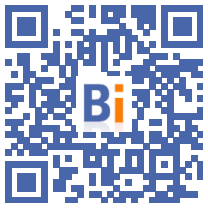 The collection on the Livret A was zero in June, marking a break with the previous months which had seen deposits accumulate on this savings product, according to figures released Wednesday by the Caisse des Dépôts.

Last year at the same period, the collection of Livret A amounted to 2,96 billion euros. If this very large amount could be explained by the health crisis, June is traditionally a month of significant fundraising. In 2019, it had reached 510 million euros.

The clearing up on the health front, and especially the reopening of cafes and restaurants in June, therefore pushed the French to spend, after almost a year and a half of forced savings for part of the population.

The Sustainable and Solidarity Development Booklet (LDDS), which finances in particular the social and solidarity economy and energy savings in housing, follows the same trend with a collection of 40 million euros in June, against 730 million l last year and 120 million in 2019.

In total, the net inflows achieved by the Livret A and the LDDS together therefore amounted in June to 40 million euros, the lowest amount since the start of the Covid-19 crisis. It is also the lowest result for a month of June since 2010.

Despite a level of remuneration at the lowest 0,5%, the Livret A, which is used in particular to finance social housing in France, has become a safe haven for savers since the start of the crisis triggered by the Covid -19.

The total outstandings on Livret A and LDDS reached 469,1 billion euros at the end of June 2020.