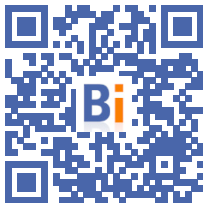 More than one in two very small businesses or SMEs is looking to recruit but 94% of them have difficulty finding the "right profile", according to a survey published on Tuesday July 19 by the Confederation of Small and Medium-Sized Enterprises (CPME) .

The first cause mentioned by the leaders questioned is the absence of a candidate for 74% of them, ahead of the lack of skills (47%).

The results of this survey corroborate other studies by the Banque de France on all companies, which show that recruitment difficulties in June reached a level not seen in just over a year that the institution has been measuring this phenomenon.

These difficulties are explained by cyclical reasons - the strong economic recovery after the 2020 recession and the change of sector of activity of many employees with the Covid-19 crisis - but also by structural shortcomings in the French labor market , such as the lack of a particularly sought-after qualification (IT, etc.).

“This problem is all the more acute as one in four managers is faced with a significant turnover” of its workforce, underlines the CPME.

According to the survey of the professional organization, the reasons for this "turn-over" are the desire of employees to devote themselves to something other than their professional life (53%), to change sector (51%).

Nearly a third (33%) also mention the wish of employees to go and work for a competitor who offers more, notes the CPME.

"Even if you can offer a CDI, that you are ready to discuss working conditions, some French people have a project other than a professional project, as if the relationship to work was different from what it was before", commented on Tuesday on France Inter the president of the CPME François Asselin, who sees it as a "completely new" phenomenon.

In this context, coupled with unprecedented inflation for 40 years, 65% of managers have decided to increase salaries this year and 40% have done so for all their employees.

Those who have not done so invoke in 78% of cases the company's lack of financial capacity.

In addition, 68% of managers of VSEs and SMEs claim to have "recently" paid bonuses to their employees (individual or collective such as the exceptional bonus for purchasing power).

"The best insurance system in terms of unemployment is the one that correctly compensates those who have an accident in their professional career but at the same time hangs them up on the job market," said Mr. Asselin.

The CPME survey was carried out on the basis of 2.362 responses from VSE and SME managers to an online questionnaire carried out between June 16 and July 12.