Nice, a resort town, is included in the Unesco World Heritage list 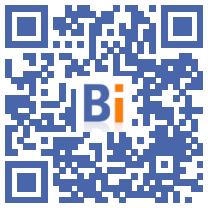 Nice was classified Tuesday as a Unesco World Heritage Site under the title of "Riviera winter resort town" for its architectural, landscape and town planning heritage shaped by 200 years of cosmopolitan history from the end of the XNUMXth century. .

"The history of Nice, both rooted and open, Mediterranean and Alpine, European and cosmopolitan, has produced a unique architecture and landscape, a model for many other cities around the world", welcomed Mayor Christian Estrosi.

"This inscription establishes Nice as the archetype of winter resort on the Riviera with its exceptional site, between sea and mountains, and the various influences which have shaped its heritage", greeted the Minister of Culture Roselyne Bachelot on Twitter.

Until the dawn of the 1766th century, Nice was an old town in the kingdom of Piedmont-Sardinia framed by a hill with a destroyed castle and the Paillon river. The travel accounts of the Scottish writer Tobias Smollett, published around XNUMX, then put it in fashion and in particular captivated the English public.

A new town then developed to become a veritable "winter capital" for wealthy idlers, rentiers and aristocrats, before 1850, where parks and walks were set up to enjoy the outdoors. Exotic species, such as palm trees or orange trees, will populate the peeled land.

"From the end of the XNUMXth century, Nice was the first site of this coast, considered until then not very hospitable and difficult to access, on which a winter resort activity developed. It is therefore in Nice. that the attractions of what was to become the Riviera in the later sense of the term were first discovered: the particular picturesque landscapes resulting from the proximity of the mountain and the sea, the mild winter climate, the exoticism of the vegetation and even, to a certain degree, the singularity of the native ways of life ", recalled the city in a press kit.

First representative of this "riviera resort", Nice welcomes at the end of the 19th-early 20th century some 150.000 residents in winter, from all origins - from the United Kingdom, Russia, Germany, Austria-Hungary, then from all over the world. 'Europe and America. The result is a superb architectural heritage still visible today, hotels, villas, buildings intended for rental.