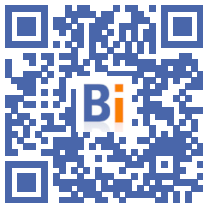 Nice airport, which received 6,54 million passengers in 2021, or 45% of the balance sheet for 2019, the year before Covid, indicated on Tuesday January 18 that it had recorded traffic "above its expectations" marked by the return of long-haul flights during the summer.

Second airport platform in France, the Côte d'Azur airport experienced a first half of 2021 "very affected" by the containment measures, with passenger traffic representing 23% of the balance sheet over the same period of 2019 and a second half "much better oriented" , equivalent to 64% of traffic over the last six months of 2019.

"This recovery in passenger traffic, and more particularly in long-haul flights, testifies to the strength of the attractiveness of our territory, the confidence of airlines and travelers alike in the health security measures implemented, and allows us to be optimistic for the year to come," said Franck Goldnagel, chairman of ACA's management board in a press release.

Business aviation, "by nature more resilient", for its part has returned to its pre-pandemic levels on the three platforms, with in particular 37.000 movements at Nice airport alone, the press release said.

As for the Terminal 2 extension project, initiated before the health crisis, "it remains relevant", said the airport, while an appeal brought by a group of associations denouncing an "environmental danger" is pending before the Administrative Court of Marseilles.

At the same time, the airport said it was pursuing a strategy of "promoting low-carbon aviation". Regarding its own emissions, the airport, which claims to be "already carbon neutral since 2016", obtained the Airport Carbon Accreditation level 2021+ certification in 4, which attests to an absolute reduction in emissions, according to the airport.