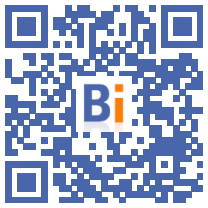 With the “France Relance” plan presented six months ago, the Government is committed to decarbonizing industry and mobilizing 1,2 billion euros to support our industry and thus improve its environmental impact and competitiveness.

In this context, Barbara Pompili, Minister of Ecological Transition, Bruno Le Maire, Minister of the Economy, Finance and Recovery, and Agnès Pannier-Runacher, Minister for Industry, announced the first 17 winners of the “Biomass Heat” scheme as well as 16 new winners of the “Energy Efficiency” scheme operated by ADEME.

The 17 projects of the “Chaleur Biomasse” system represent 130 million euros of industrial investments at the national level. They will benefit from investment aid of 44 million euros as well as operating aid of 83 million euros. The realization of these projects will allow a reduction in industrial greenhouse gas emissions of 332 tonnes of CO000eq per year.

The 16 new projects of the “Energy Efficiency” system represent a total investment of 175 million euros at the national level. They will benefit from aid of 36 million euros. They will allow, on each site, to reduce industrial greenhouse gas emissions by 15% on average, which represents 174 tonnes of CO000eq per year.

In total, and including the 16 previous projects announced on December 17, 2020, France Relance is already supporting 49 projects representing 596 million euros of investments in the decarbonisation of French industry through public support. amounting to 224 million euros. The realization of these 49 projects thanks to the recovery plan will allow an overall reduction of 743 tonnes of CO000eq per year in emissions from French industry.

The examination of several other promising files is being finalized by ADEME and new winners will be announced in April.

Following the success of the systems launched in 2020, the calls for projects are renewed in 2021 with an expanded scope:

For each of these calls for projects, a first list of applications will take place on May 17, then a second on October 14.

At the same time, the window operated by the State Services and Payment Agency (ASP) remains open and makes it possible to support, depending on the size of the company, between 10% and 50% of the costs of investments in projects. energy efficiency in the amount of less than 3 million euros.