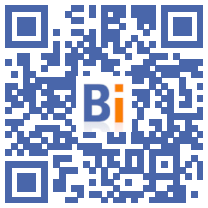 After the tensions linked to the Covid-19 health and economic crisis, the construction sector is experiencing an unprecedented shortage of raw materials linked to the conflict between Ukraine and Russia, leading to a new surge in the price of materials and the deterioration delivery times.

2nd most widely used insulator in France, thanks to its recognized economic and technical qualities, EPS is no exception to this reality.

Especially since the PSE is part of a context of strong demand in Europe. This is particularly linked to recent proactive policies to improve the energy efficiency of buildings implemented in most European countries. On the French market, the large number of single-family housing starts at the end of 2021 led to significant demand for floor insulation and the insulation of EPS facades is accelerating sharply thanks to MaPrim'Rénov.

To these volume allocations and production saturation phenomena, the conflict between Ukraine and Russia has added two important factors in recent weeks:

These cyclical tensions have generated an increase in the cost of the PSE for several months. After reaching a historically high level in May 2021, it recorded, according to the European benchmark indices, a further increase of nearly +30% one year later (April 2022) and more than doubled in 18 months.

The deterioration in the availability of raw materials, associated with the current Covid wave, is disrupting manufacturing schedules and impacting the productivity of factories processing polystyrene into insulating panels. Result: in recent weeks, delivery times have increased significantly.

For Amaury Omnès, President of AFIPEB: "After an initial inflation recorded in the exceptional health context that the world experienced in 2020 and which still remains a reality today, the members of AFIPEB are fully aware of the economic and organizational impacts that this new crisis imposes on craftsmen, building companies and distributors. On behalf of the members, I would like to assure all building professionals that actions are already in place to accelerate greater availability of EPS insulation solutions."