New resignation for the former deputy for town planning of the mayor of Paris, Jean-Louis Missika, this time from a committee of Gecina 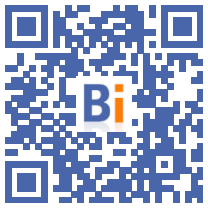 Jean-Louis Missika, former deputy for town planning to the mayor PS of Paris Anne Hidalgo pinned by the ethics committee of the capital, has resigned from an orientation and prospective committee of Gecina, announced Tuesday the real estate group .

This is the second resignation of Mr. Missika in a few days. Last week, he left the mission committee of the Novaxia real estate group. Previously, he was assistant to innovation during Bertrand Delanoë's second term (2008-2014), then to town planning during Anne Hidalgo's first term (2014-2020).

The president of the ethics committee of the City of Paris, Yves Charpenel, had explained to AFP that there was a "major ethical problem" after the first resignation.

The commission, which delivered its opinion on November 3 and 5, was seized "at the very end of October" by Anne Hidalgo "following information that had appeared", added Mr. Charpenel.

In its press release, Gecina argues that it has "never benefited from favorable decisions likely to arise from a situation of conflict of interest", nor has "never won calls for competition from the City of Paris. when Jean-Louis Missika was in office ".

The law provides for a "resale right" obliging all public officials, during the three years following the end of their functions, to report their professional projects to the ethics committee so that it can be verified that they do not contravene the rules. ethical principles.

After his first resignation, Jean-Louis Missika told AFP he felt "dirty", admitting to having made "a mistake" in a "gray area" but no "fault" legally.

"I was wrong, I should have consulted the ethics committee and I instantly withdrew from this committee," he continued.