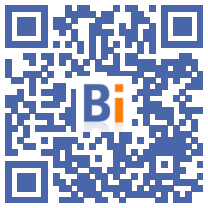 The year 2022 should see a new record for the installation of renewable electricity capacities, in particular in solar power in China and Europe, indicated a few days ago the International Energy Agency (IEA), which however puts cautions against slowing down afterwards.

And the trend continues, despite the increase in the cost of raw materials, transport and supply difficulties along the production chain, since an additional 320 GW are planned this year - the equivalent of the current needs of the Germany, or European electricity production from gas, estimates the updated report of the IEA on the Renewable Energy Market.

Photovoltaic solar should represent 60% of this growth. Onshore wind power, which had plunged by 32% in 2021 after an exceptional year 2020, should gradually regain its rhythm.

Offshore wind installations inaugurated in 2022 should exceed those of 80 by 2020% (even if it is a decline of 40% compared to 2021, Chinese developers having multiplied the sites last year to take advantage of a subsidy coming to an end). By the end of 2022, China should overtake Europe to become the leading region in the world in terms of offshore wind capacity.

Overall, the boom in renewables is particularly marked in China, India, the EU and Latin America, thanks to strong public support. This compensates for a smaller deployment than expected in the United States, where the support framework is more uncertain and photovoltaic equipment imported from Asia has suffered from trade sanctions.

The projects in the pipeline for 2022 and 2023 could thus significantly reduce the EU's dependence on Russian gas, notes the IEA, which warns however: this result will also depend on energy efficiency measures and aimed at curbing Requirement.

The overall growth of renewables should also lose its momentum from 2023, judging by the policies in place today, the Agency also warns: "in the absence of more sustained measures" in the next six months, capacity growth is expected to stagnate next year as solar growth fails to offset a 40% decline in hydropower expansion.

"Accelerating permitting and providing the right incentives for renewable energy deployment are among the key actions governments can take today to tackle the challenge of energy security and markets while safeguarding climate goals." the director of the AIE, Fatih Birol.