New real estate: building permits issued up year on year, despite a slowdown 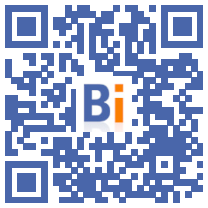 The number of building permits issued between November 2021 and October 2022 increased by 7,5% compared to the same period a year ago despite a drop in the last three months, according to estimates published Wednesday, November 30 by the Ministry of the ecological transition.

The number of authorizations for residential accommodation jumped by 17,7%, like those for ordinary collective accommodation (+15,3%), and group duels (+14,0%). Pure individual housing is down (-8,2%).

However, the number of building permits issued has fallen significantly over the last three months (-13,2%) compared to the previous three months, during which a sharp drop had already been noted (-12,1% in data corrected for seasonal variations and working days).

The number of dwellings authorized over the last three months is also “lower (-4,5%) than the average for the 12 months preceding the health crisis”, from March 2019 to February 2020, specifies the ministry.

An "exceptional" number of permit applications had been submitted in December 2021 - the effect of which has now been "absorbed" according to the ministry -, before the entry into force of the environmental regulations RE2020, which are more restrictive for new constructions.

The objective of RE2020 is to limit greenhouse gas emissions from new construction.

It encourages building using so-called biosourced materials, such as wood, rather than the more traditional concrete or steel, the production of which is polluting and requires new housing to be better insulated and to have a moderate impact on the climate.

The French Building Federation has estimated between 7 and 8% the additional cost of this regulation for the sector in 2022.