New postponement of the energy audit on "thermal strainers" to April 1, 2023 announces the Minister of Housing 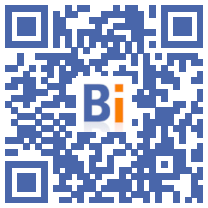 The entry into force of the mandatory energy audit in the event of the sale of a house or a single-ownership building, to fight against "thermal sieves", has been postponed to April 1, 2023, announced the Minister of Housing .

In an interview with Le Parisien, the Minister Delegate for the City and Housing Olivier Klein confirmed this postponement, the third after two dates previously scheduled for this measure, January 1 and September 1, 2022.

"This technical report is essential given the lack of companies and qualified personnel to establish all the energy audits that will be necessary", he explained.

"We want to install it in the best conditions so that the future buyer has a complete and quality audit. This is why we propose to postpone its entry into force until April 1, 2023", added the minister.

Several federations bringing together players in the energy diagnosis sectors have welcomed this decision, which they had requested from the government, but insist on the responsibility of the State in this postponement.

“It is the state services that have not sent all the necessary documents”, indicates to AFP Stéphane Prouzeau, vice-president of the Interprofessional Federation of Diagnostics (Fidi), who finds the “healthy” choice of postponement. "There is a framework that must be established for this audit, it is not related to the number of diagnosticians trained", he specifies.

"The tools were not available", adds Thierry Marchand, one of the administrators of the CDI-FNAIM, who welcomes "a coherent date". "We would have been ready on January 1, but other parameters must be taken into account," he said, referring to the uncertainties in the energy market.

"This postponement is deplorable, because we are very behind on the energy transition in the building", regrets on the contrary Hassad Mouheb, president of the federation of real estate diagnosticians Fed Expert.

This decision will not interfere with the schedule planned around the "Climate and Resilience" law, promulgated on August 24, 2021, concerning rental accommodation considered as "thermal sieves". In other words, prohibit from 2025 the rental of housing classified "G", by the energy performance diagnosis (DPE), and in 2028 for those classified "F".

"There will inevitably be a delay", judge for his part Hassad Mouheb, because of "the underestimation of the number of energy sieves".

France has 5,2 million "energy sieves" out of 30 million main residences, more than in the previous estimate in 2018 (4,8%), according to a study by the National Observatory for Energy Renovation (ONRE) .