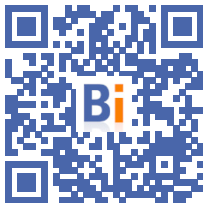 Pernod Ricard's new world headquarters, called The Island, located in the 8th arrondissement of Paris, has just won the prize for the best development project of the year in the “medium corporate building” category.

This distinction, one of the most popular in the profession, was awarded to him within the framework of the 15th edition of the “Best of Year Awards” organized by the international benchmark magazine, Interior Design. The 2020 winners were unveiled during a digital ceremony by its editor-in-chief Cindy Allen, who did not fail to make reference to Paul Ricard and the history of the name The Island. The project was in contention against two other finalists: the Rockefeller Group headquarters located in New York and the EY Wavespace, the group's innovation center located in Antwerp.

Since last July, The Island, reminiscent of the islands in the South of France, of which the Group
originates, embodies the transformation implemented by Pernod Ricard for some
years under the leadership of its Chairman and CEO Alexandre Ricard. The interior design of the 18 square meters of the hyperconnected and eco-responsible building located in the heart of Paris is the work of the Saguez & Partners agency. After two years of development, the latter designed a project for Pernod Ricard reflecting its employee-centered vision with a single leitmotif: to design a space that promotes interactions between each of the 000 employees as much as possible. Convinced that 900% of innovative ideas arise from these interpersonal, informal exchanges as demonstrated by Thomas Allen, researcher at MIT, Saguez & Partners has created a workspace promoting meetings, collaborations, exchanges of experiences and synergies .

For the founder of the agency, Olivier Saguez, “This award recognizes a particularly emblematic project. Rarely will a company have sought so much to break down silos and foster interactions. We are very proud to have been the designers of such a humanly ambitious project ”.

For Olivier Cavil, Communications Director of Pernod Ricard who was in charge of the entire The Island project, “This new head office is without doubt the most beautiful symbol of the transformation of our Group. It is not only a functional place, it is a warm and aesthetic place, a place that brings our culture of conviviality to life on a daily basis; that which puts at the heart the importance of informal physical exchanges at a time of the generalization of virtual meetings and teleworking. What better than an island for dreaming said Paul Ricard ”.

Interior Design's "Best of Year Award" is the second international award won
by The Island, which was voted the best office project last September
at the MIPIM Awards 2020.