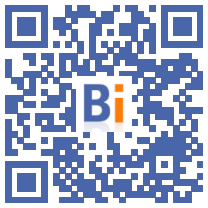 And three! After Paris and Bordeaux, the Caroline Tissier Interiors office extends its field of action and opens a new representation in Haute-Savoie.

An interior designer acclaimed by hoteliers and restaurateurs, Caroline Tissier has teamed up with Charlotte Blanc-Paque to develop her activities in this region. Based in Chamonix, the new establishment of Caroline Tissier Interiors will offer owners of hotels, luxury chalets and restaurants a renowned design label and personalized support.

Since the creation of her company in 2013, Caroline Tissier has multiplied collaborations with prestigious hotels and renowned chefs, from Jacky Ribault to Christophe Hay. The Caroline Tissier Interiors universe continues to develop with talent and generosity.

Design at the top

Present in Ile-de-France and New Aquitaine, the Caroline Tissier Interiors office is now settling in the Chamonix valley. To open this new representation, Caroline Tissier chose to join forces with Charlotte Blanc-Paque, an interior designer from the region.

A graduate of the University of Montreal, Charlotte Blanc-Paque chose to return to her Savoyard valley. After a first experience in an architecture office and a project manager's office in Chamonix, she decided to devote herself to a family project. In collaboration with her father, she imagines, designs and creates the Grands Montets chalets, three 5-star jewels located at the foot of the slopes. Hand in hand with local craftsmen, it specializes in the renovation and construction of luxury apartments and mountain chalets, in the purest respect of local architectural traditions.

The daughter of a hotelier, Charlotte Blanc-Paque has always been keen to develop her business in this sector. A long-time admirer of Caroline Tissier's creations, she didn't hesitate when the latter asked her to join forces to open the new Savoyard office. Together, the two interior designers will be able to let their creativity shine on the summits.

A unique style and notable achievements

Since her first collaboration with the high-profile chef Akrame Benallal in 2011, Caroline Tissier has continued to chain exciting projects and remarkable creations.

At the head of her own interior design agency, she decided to put her design inspirations, her ability to listen and her sensitivity at the service of hotel and restaurant professionals. Quickly, she multiplies the collaborations with chefs on the rise. David Toutain, Christophe Hay, Jacky Ribault, Yohann Chapuis, Guillaume Sanchez, Thibault Sombardier… so many rising stars in the kitchen who were among her first clients and whom she continues to support, for some, on new projects.

Mixing of styles, material effects, textures that you want to touch, bright or more subdued staging, universes shaped in the image of her clients and their personality... Caroline Tissier's "paw" is recognizable by her unique atmospheres and its creativity. To date, Caroline Tissier has left her mark on more than thirty renowned places: stylish hotels and restaurants of renowned chefs. And its 2022 news promises to be busy to say the least!

Last February, the two-star restaurant Anne de Bretagne reopened in La Plaine sur Mer, with a complete makeover by Caroline Tissier. For the interior designer, it was his very first collaboration with the young Breton chef Mathieu Guibert. A mineral and subtly refined design, perfect for sublimating a cuisine with iodized flavors and a breathtaking view of the ocean, in the far west of the Pays de Retz.

The next few months should see several other projects hatch. In Paris, the young chef Clément Vergeat chose Caroline Tissier to imagine the atmosphere of his brand new baby: the Nellu restaurant. In the Jura, Aurélien Moutarlier, chef of the Grain de Sel restaurant, called on her for the interior decoration of his new location in a superb renovated building which will also house a hotel complex. Other news and not the least: a renewed collaboration with the two-starred chef Christophe Hay for the interior decoration of Fleur de Loire; an exceptional project that will house two restaurants, including a gourmet one, a 5-star hotel, a pastry kiosk and a spa in the heart of Blois from June.