New episode of the real estate war in Monaco 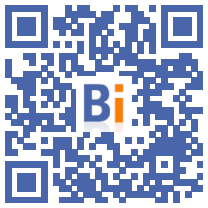 The real estate war that has been raging in Monaco for more than a year with an internet campaign implicating four relatives of Prince Albert II experienced a new episode on Friday 25 November with the filing of a complaint against the President of the supreme court of the principality.

The Monegasque real estate magnate Patrice Pastor, through his company Esperanza, filed a motion for recusal against Didier Linotte, president of the Supreme Court of Monaco, questioning his "impartiality" in the handling of a dispute concerning a major real estate project, "the fishermen's esplanade".

The financial stakes are considerable, the price per m2 in Monaco being among the highest in the world. And on this strip of land of 2km2 already ultra urbanized, which extends along the sea, each free surface is fiercely disputed.

This is the case for the "fisherman's esplanade" with an area of ​​approximately 13.000 m2, the subject of a fierce battle between the Caroli group, which intends to build a real estate and cultural complex there, and that of Mr. Pastor .

This motion for recusal, of which AFP was aware, is based on documents (videos, exchanges of confidential emails, etc.) in connection with real estate projects disseminated in the fall of 2021 by a website entitled "les dossiers du Rock".

These documents target four relatives of Prince Albert II, baptized "the G4" by the site: in addition to Didier Linotte, they are Thierry Lacoste, his lawyer and childhood friend, Claude Palmero, chartered accountant and administrator of his property and Laurent Anselmi, his chief of staff.

In this "Dossiers du Rocher" affair, the four defendants filed a complaint as well as Patrice Pastor, accused of being the sponsor of this site. At the end of October, two men, suspected of having taken part in this campaign, were indicted in Paris.

To argue his request which relates to a dispute concerning "the esplanade of the fishermen", Patrice Pastor evokes documents published by the "Dossiers du Rocher" mentioning links between the Caroli group and the members of the G4.

He stresses that "the content and authenticity" of the documents released have "not been denied".

Consequently, the wealthy businessman believes that "the calm and impartial examination" of his appeal against a downgrading of the site is "objectively impossible" on the part of Mr. Linotte.

For the Pastor group, "both the definition of the project and the procedures for appointing the Caroli group have never been completely clarified, the whole process escaping the call for competition, the only way to protect the interests of the State. Monegasque".

Questioned by AFP, Me Richard Malka, lawyer for Patrice Pastor, argued that the "impartiality" of Mr. Linotte had been "reasonably questioned on several occasions" by Serge Telle, former Minister of State of the Principality. , regarding "conflicts of interest".

“I cannot imagine that such a high magistrate would not have at heart the protection of the judiciary by maintaining his strength in this dispute,” he added.

"No senior magistrate, aware of his responsibility, would do this and it is therefore very confident that we are waiting for Mr. Linotte to show responsibility by stepping down. This decision is necessary to remove any suspicion of being judge and judged. “, insisted Me Malka.

The Supreme Court of Monaco, which has jurisdiction in constitutional and administrative matters, is composed of five members and two alternates.

In concrete terms, the court, meeting in a judgment formation, can reject the request or investigate it. In any case, if it were to meet, it would be without its chairman, who would then be heard during the debates.