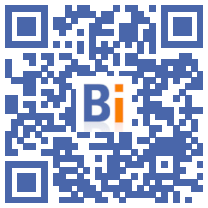 Opponents of the giant tropical greenhouse project Tropicalia on the Opal Coast demonstrated Saturday in Montreuil-sur-Mer (Pas-de-Calais), in the presence of the candidate of the union of the left and environmentalists for the regional , Karima Delli, denouncing an "unnatural" project.

They castigate in this greenhouse project with a 20.000 m2 dome, intended to house butterflies, hummingbirds, fish, reptiles and exotic trees, an absurdity aimed at arousing wonder with an exotic biodiversity instead of protecting that of the Opal Coast. .

Tropicalia is "an anachronistic project these days," Hélène Roche, spokesperson for the Non à Tropicalia collective, stressed to AFP, believing that it poses a problem both for the animal condition and for the artificialization of the land. and democratic consultation of local residents.

The Gdeam62 association (Groupement de Défense de l'Environnement de Montreuil et du Pas-de-Calais) lodged an appeal against the building permit in March 2020 but Tropicalia has not yet responded and no hearing date has been given. is fixed at this point, Ms. Roche said.

Its promoters, who present it as the largest tropical greenhouse in the world, obtained a building permit at the end of 2019 on a former agricultural land transformed into a "concerted development zone", between the municipalities of Verton and Rang-du-Fliers.

Estimated at 73 million euros, the project is partially subsidized by the region, to the tune of 2 million euros.

The list led by Karima Delli made it "an emblem of large unnecessary projects, green capitalism and a short-term vision for attractiveness and precarious employment".

"We can not do something else with 73 million euros and 9 hectares of land? This project will not pass if I am president," assured the candidate for AFP a few days ago.

Opponents of the project had already demonstrated in December and February.