A new amendment discreetly removes the specific fuel for construction: what is the government playing? 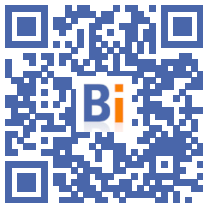 While on June 11, the majority group of deputies questioned the postponement of the abolition of the GNR for 6 months, obtained and announced by the Minister of the Economy, Finance and Recovery, the government surreptitiously returns , at the very least very discreetly, on the three fundamental commitments of Bruno Le Maire.

In addition to the contested postponement, there is now the disappearance of specific construction fuel from the machinery concerned and the deletion of the work register.

However, if the construction companies had finally accepted in 2019 the questioning of the GNR taxation, i.e. a 50% increase in their fuel item, it was on the sole condition that all of these commitments were met and in particular the creation of this new construction fuel (and in no case the possibility of tinting a white diesel by the companies themselves) and the list of machines having to use it.

In October, all professional construction organizations spoke with one voice (joint press release of October 1, 2020 attached)

As a reminder, following the very strong mobilization of the sector to defend its companies against the increased risks of theft, vandalism and unfair competition with the agricultural sector, the profession has obtained the government's commitment to set up a colored marker. alternative for the construction industry ...

This fuel and this list remain the main measures to oppose fuel theft and the distortion of competition between companies in the agricultural world and construction companies.

Neither the CAPEB nor the CNATP are opposed to the pluriactivity of companies in the agricultural world but on the condition that they respect the same rules imposed on construction companies and thus buy the same fuel at the same price.